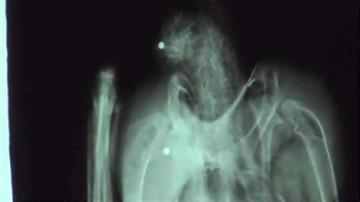 WEST ALLIS - The reward for information leading to the arrest of the person who riddled an endangered falcon with shotgun pellets had now been increased to $10,000.

The Waterford based Global Conservation group pledged the $5,000 Wednesday, matching the same amount announced by the U.S. Humane Society the day before.

The wounded bird was found February 27th near 55th and Grant in West Allis. She was part of a reintroduction program by WE Energies and had been nesting atop the Wauwatosa Power Plant.

Anyone with information should call Crimestoppers at 414-476-CASH or 2274.