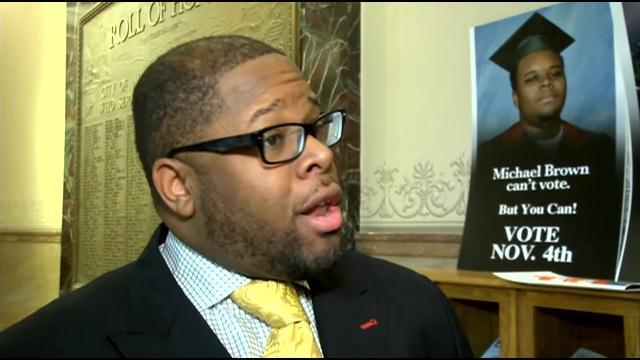 Several religious leaders are launching a last minute effort to get residents of Milwaukee to vote. Reverend Shaun Jones from Ferguson, Missouri even made the trip up to Milwaukee to encourage members of the black community to vote.

Rev. Jones says members of Milwaukee's black community need to use their constitutional rights to change their community. During the event, signs with pictures of Dontre Hamilton, Trayvon Martin and Mike Brown were displayed. They say the unjust killing of the three is the result of not having the right people in public office.

Nate Hamilton, brother of Dontre Hamilton, says \"We need politicians that don't focus on primary agenda of the rich people, but the majority. The majority of the people in this community is poor and broke.\"