WAUWATOSA, Wis. (CBS 58) -- The addition of previously unopened absentee ballots did not change the final results of a primary for Wauwatosa's District 3 alder seat.

The primary initially ended with Patricia Stone and Joseph Makhlouf in the top two spots, knocking out incumbent Tim Hanson. Makhlouf took the second place finish by just two votes ahead of Hanson.

But on Monday, Wauwatosa officials said they were made known about dozens of legally cast, unopened absentee ballots.

"Staff inadvertently did not process ballots from one of the bins that we use to store which resulted in these ballots not being delivered on election night to be counted," Wauwatosa city clerk Steven Braatz told reporters in a news conference Thursday. "While performing election close out this week staff learned of these 58 ballots."

When the discovery was made, Braatz said he notified city, county and state officials immediately to learn the proper way to move forward.

The candidates were also notified and the Wauwatosa Board of Canvassers went through the 58 unopened ballots on Thursday morning for public viewing.

While there were a total of 58 unopened ballots, only 26 were within District 3 and could change the outcome of that race.

Once the 26 were added to the totals, the original results maintained the same. 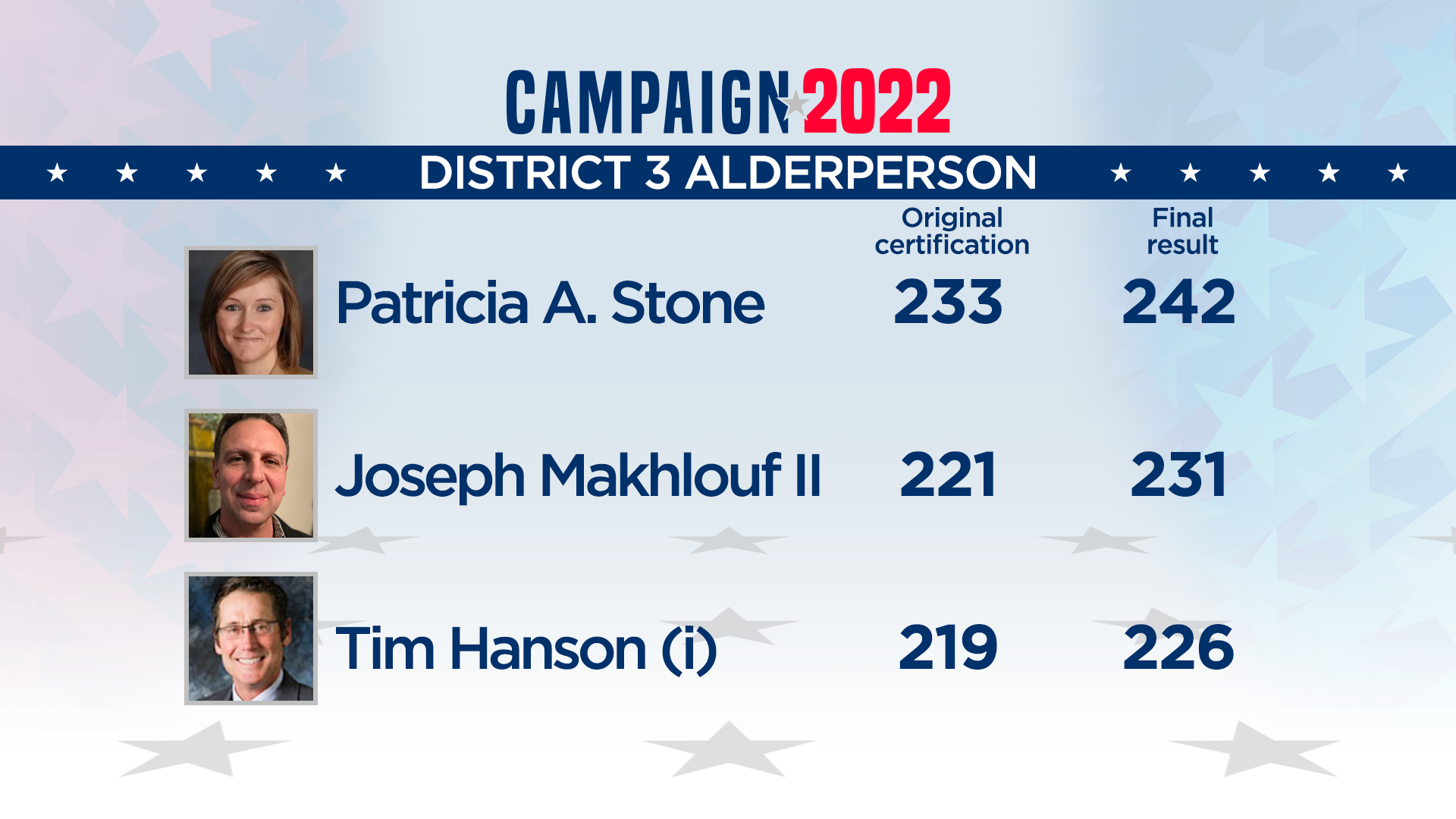 "It was pretty much a nail-biter down to the end," Makhlouf told reporters afterwards. "But once I got into the count and things were going the way I wanted, I was very much relieved and very happy that we had prevailed."

Makhlouf said he did not want to suggest any sort of conspiracy but hopes the city works to prevent the issue from happening again going forward.

"Mistakes do happen," Makhlouf said. "But the thing is that there has to be more accountability and making sure that this doesn't happen to anyone else going down in the future."

A representative for Tim Hanson told reporters Hanson will not pursue further action and accepts the outcome.

The clerk's office said it is working to address the errors that led to this situation.

"In the future we are simplifying the way we process, or store absentee ballots by adding daily checkpoints to ensure the number of ballots received aligns with what is delivered," Braatz said.