Residents react to meth lab in their neighborhood 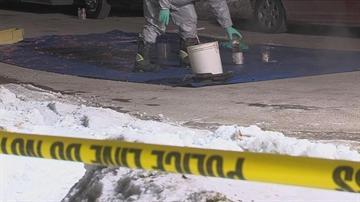 It looked like a scene from the popular cable show Breaking Bad.

\"There was a van that drove up and the guy got out with an  oxygen mask and everything. That's when we knew it was something more than somebody getting arrested,\"  said Todd Lerche who lives across the home where a meth lab was discovered.

Police arrived at the home on the 200 block of N. Lincoln Avenue Wednesday evening to serve and arrest warrant, instead they found a meth lab.