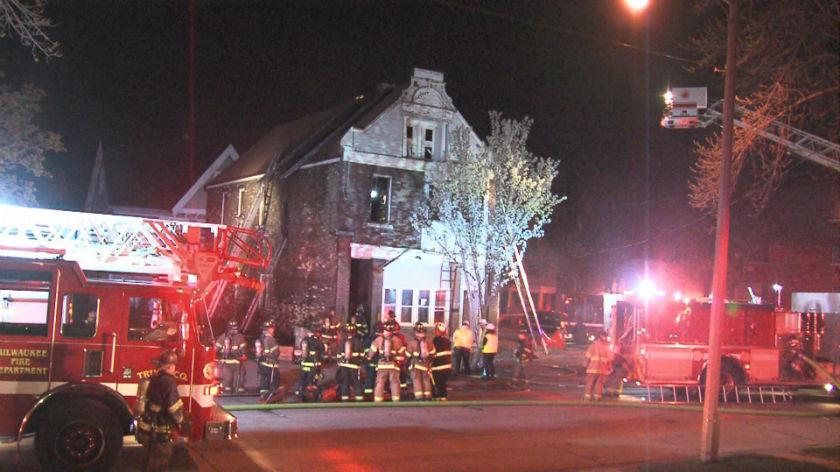 Milwaukee Fire Department Investigators are looking into the cause of an overnight fire that sent two people to the hospital.

Firefighters got the call around 11:20 p.m. Monday, March 5.  On their way to the scene at 28th and Michigan, they received reports of gunfire near the home.

Upon arrival, they found the two-story home fully engulfed in flames, and three residents injured after jumping from the second story.  One of the occupants had a severe head injury, but it is unknown if that was sustained from the fall or a gunshot wound.  Another victim also had injuries and was transported to Froedtert Hospital.  The third person refused treatment at the scene.

The Red Cross is working with those displaced by the fire to provide shelter and resources, as the building was badly damaged.

Deputy Chief Aaron Lipski tells CBS 58 he can't speculate on a cause, but investigators are working to pinpoint what happened.