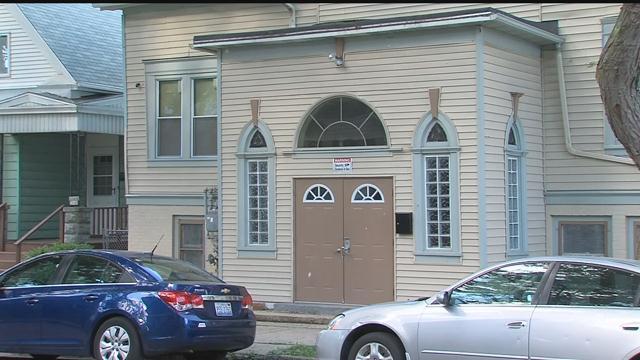 CBS 58-- The noise coming from a Bay View church is angering residents, who say it happens during the week and late in to the night.

“It is so loud, that when you walk by, you actually feel vibration on the cement,” said a man who lives near the church.

Neighbors of this church at Russell and Pine in Bay View didn’t want to be identified, but say the noise during worship is too much to take.

“A lot of yelling, screaming, ranting chanting and loud music,” said another neighbor.

One man says it happens at least two nights a week, some times lasting until 11 pm. One 90 degree night, his air conditioner broke and he had to decide between the noise or the heat.

“We put up with the heat, we closed the windows,” he said.

Ald. Tony Zielinski represents the area, and says he is familiar with the problem. He says he’s received several complains throughout the years. However so far inspectors with the city’s Department of Neighborhood Services, haven’t been able to catch the church in the act.

“In order to cite them, we need the inspectors to hear them play the music at an excessively loud level,” Ald. Zielinski said.

Ald. Zielinski, who has heard the noise himself, says it’s frustrating.

“They [residents] shouldn’t have to put up with that garbage, especially if it’s a church,” Ald. Zielinski said. “They’re suppose to be leading by example.”

Ald. Zielinski encourages people to report the noise to him, and even record in on their phones if the can.

He says he thinks the city is doing what they can, but the church is not doing their part.

CBS 58 was unable to reach anyone with the church for comment.