Reshipping Scam Can Cause Legal Troubles 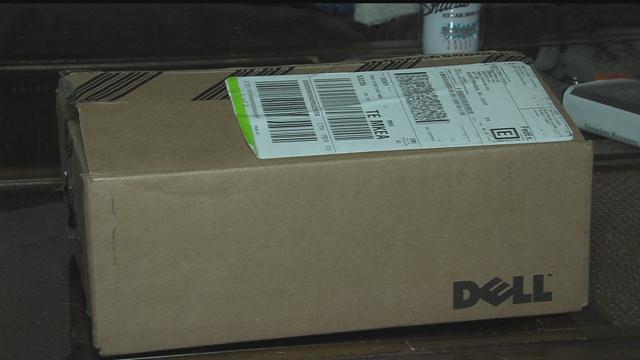 Shantell Porter recently moved to St. Francis from Missouri. At 20 years old, she’s been applying for jobs all over, but had trouble since she doesn't have a lot of experience.

“It kind of gets difficult. I’ve only had one job,” Porter said.

“It gets so frustrating because how am I supposed to get qualified if nobody is going to train me.”

To add to the difficulties, she doesn’t have a car. That’s why when her fiancé received an e-mail saying a company was looking to hire someone to work from home and only needed to have computer skills, Porter was eager to apply.

The job seemed simple enough, receive packages in the mail, check the shipment in through an online portal, print out a new mailing slip, and ship it out again.

But the job is more of a rotten egg cooked up by scammers according to Jim Temmer of the Better Business Bureau of Wisconsin.

“This is a real low cost way for them to reach their ultimate goal, which is to push this stolen merchandise off seas and get paid for it,” Temmer explained

Temmer says most of the packages contain illegal items. From pirated DVDs to products purchased with stolen credit cards.

“They aren’t putting any money out. They aren’t paying anyone. They are just delivering materials through a third party. So it’s really simple, it is cost efficient, and it’s effective for them,” Temmer went on to say.

US Postal Inspectors say they’ll often intervene and warn potential victims of the scam and order them to stop with a cease and desist. However in some cases, victims do get in legal trouble and can face charges such as possession of stolen items and/or identity theft.

Temmer says there a lot of red flags potential victims can look out for like no face to face interview. No real paperwork. He also says follow the age old advice of, “if it sounds good to be true, it probably is.”

As for Porter didn’t realize she was scammed, working essentially for free, until payday came, and there was no paycheck.