Reports: One Direction is Splitting Up for Good 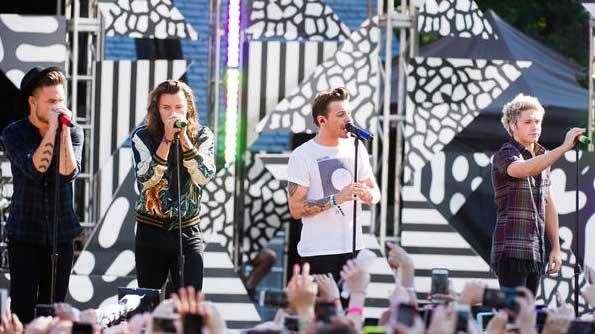 (CBS NEWS) One Direction is allegedly splitting up for good, undoubtedly breaking the hearts of teenage girls all over the world.

A source close to the band told Us Weekly that though the band initially reassured fans that their break was only temporary, its members have decided it's time to move on.

The band's tour wrapped in October, and they decided not to renew their contract.

The source said, "The 1D thing just ran its course. They'll remain friends, but they are exhausted and want solo careers."

Frontman Harry Styles is interested in adding acting to his resume. The source said, "Harry is launching a career in acting and singing."

Not all of them want a pop star life, though.

"Liam [Payne] is really interested in songwriting and production," another source told Us Weekly.

Of course, Louis Tomlinson has his hands full as he is expecting a baby with Briana Jungwirth. In July, a friend told People he plans to be a very"hand-on dad."

The boy band will still leave one parting gift for fans, though: They will release a video for another track on their "Made in the A.M." album.