Update: Reports of shots fired, person with gun on Northwestern campus said to be a hoax 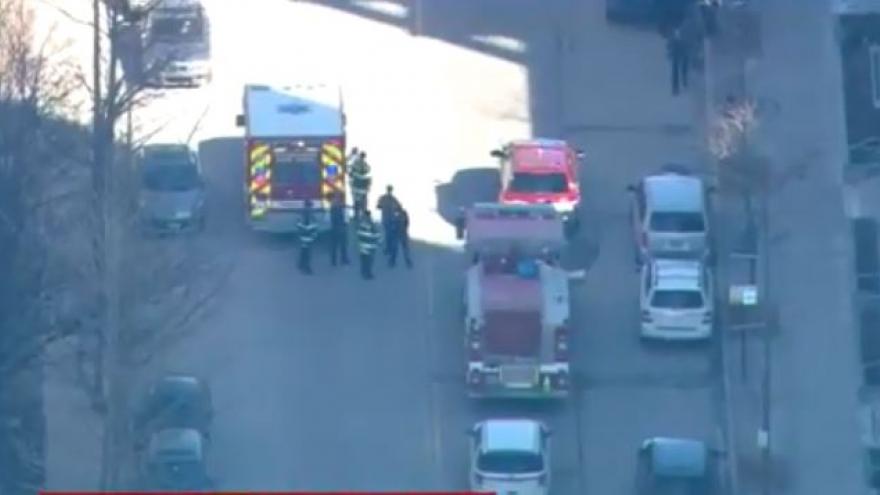 CHICAGO (CBS 58) -- Police say the report of a shooting at Northwestern University was just a hoax.

An alert went out on Wednesday afternoon.

Students were told to shelter in place after a man called police and claimed he shot his girlfriend.

When officers arrived, they found no evidence of a crime scene, a victim, or a gunman.

CHICAGO (CBS) -- Northwestern University was warning people to stay away from campus, and those on campus to shelter in place, amid reports of shots fired and a person with a gun on campus.

NU EMERGENCY: Person with gun on Evanston campus. If on campus, seek shelter in safe place and stay until further notice. Others keep away.

Evanston police initally said they were investigating reports of shots fired near Emerson and Maple. Later, at 3:11 p.m., Evanston police said they searched the original area of the reported shooting and did not find anything. However, they said officers are still searching the area.

Evanston and NUPD in the area of Emerson and Maple. Report of gunman and shots fired in a residential building. Area checked no evidence of a victim, scene, or gunman found.

The university said there were reports of a man with a gun at Engelhart Hall, a graduate student dormitory at Emerson and Maple.

There is a report of a person with a gun in Engelhart Hall at the corner of Emerson Street and Maple Avenue. Evanston and Northwestern University police are on the scene. Seek shelter if in the area.

Police also warned the “area is not secure and not safe.” Officers have blocked off the intersection.

It was not immediately clear if anyone was wounded.