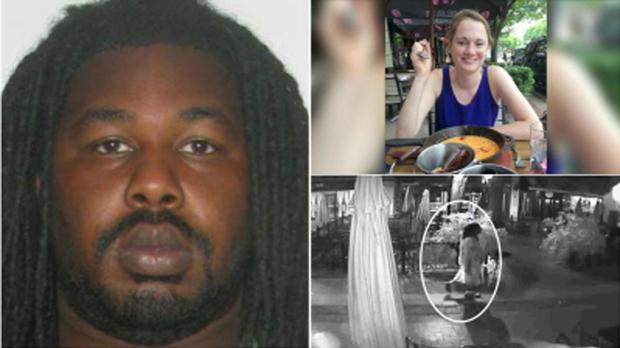 Affiliates WTVR and WVIR, attributing the information to sources, said Jesse Matthew is charged with 1st degree murder in the University of Virginia student's death. CNN has not been able to independently confirm these reports.

Albemarle County authorities have scheduled an 11 a.m. ET Tuesday news conference where they are expected to announce details.

The 18-year-old Graham went missing before dawn on September 13 after she was last spotted on surveillance cameras in Charlottesville's Downtown Mall area.

In October, authorities found what turned out to be Graham's skull and bones on an abandoned property eight miles from where the college sophomore was last seen.

Surveillance video and other accounts led authorities to identify Matthew as the suspect in her disappearance.

Matthew was taken into custody September 24 on a beach in Galveston County, Texas, about 1,300 miles away from where Graham was last seen.

Before his charge was upgraded to murder, the 32-year-old Matthew had been detained on charges of abduction with the intent to defile.

No link to another slaying

Matthew's arrest in the Graham case prompted authorities to investigate his possible links to a string of unsolved killings and disappearances in the area. One of those cases involved 17-year-old Alexis Murphy of Lovingston, Virginia, who disappeared in 2013 and whose body has not been found.

But Friday, authorities said they have found no link between him and Murphy's slaying.

Matthew is also charged in the sexual assault of a woman in Fairfax, Virginia, in 2005; the trial in that case is scheduled for March.

Authorities said that in September 2005, a 26-year-old woman returning from a grocery store was grabbed from behind and sexually assaulted. The attacker was scared off by a passerby.

Information from the 2005 victim led police to link Matthew to the case of another missing young woman, Morgan Harrington, a Virginia Tech student who vanished in Charlottesville in October 2009 and was found dead a few months later. Matthew has not been charged in that case.

Investigators are looking into his possible connection to other similar cases in the area. They include the August 2009 killing of Virginia Tech students Heidi Childs and David Metzler and the October 2009 killing of 23-year-old Cassandra Morton of Lynchburg, Virginia.