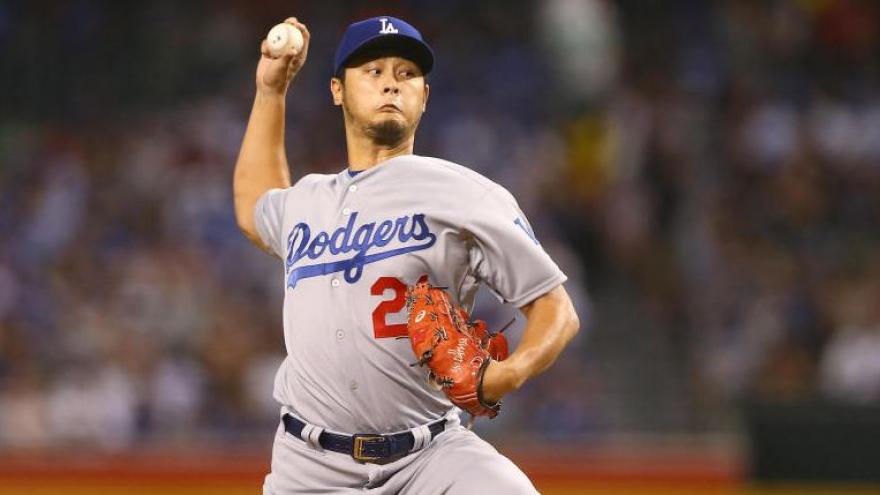 (CBS Sports) -- The Brewers contended ahead of schedule in 2017, and all indications are that they're full steam ahead in 2018. The latest bit of evidence? Ken Rosenthal confirms the original report of Yahoo Japan that Milwaukee has made an offer to free agent right-hander Yu Darvish.

Darvish is the best starting pitcher presently on the market. Last season, Darvish in his age-30 campaign -- his first year back from Tommy John surgery -- pitched to a 3.86 ERA (118 ERA+) and racked up 209 strikeouts in 186 2/3 innings for the Rangers and Dodgers. He of course struggled badly in the World Series, as he allowed nine runs in 3 1/3 innings across two starts, but that was reportedly the result of his tipping pitches. For his career, he owns an ERA+ of 126 and a K/BB ratio of 3.33 across parts of five MLB seasons.

As for the Brewers, they added Jhoulys Chacin and Yovani Gallardo to the rotation back in December, but they still need an additional boost. That's the case even once you account for Jimmy Nelson's return from shoulder surgery at some point in the first half. Darvish, obviously, would address that need in a big way.

Of course, Milwaukee figures to have plenty of company. The Cubs, Twins, Rangers, and Yankees are known to have designs on Darvish. The Astros were a suitor, as well, but they're likely no longer in the mix after trading for Gerrit Cole. If nothing else, the Brewers' interest is a sign that they're ready to capitalize on the successes of 2017 and add veteran pieces to the impressive young core.