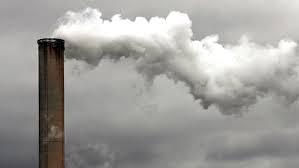 Nationwide, ozone pollution has decreased because the nation has cleaned up major sources of the emissions that create ozone, especially coal-fired power plants and vehicles. However, the new EPA standards demonstrate the people in Wisconsin are still being exposed to dangerous levels of ozone.

“Ozone is harmful to public health and especially children, older adults and those with asthma and other lung diseases, said Linda Witucki, Executive Director of the American Lung Association in Wisconsin.

“When people with lung disease breathe ozone-polluted air, too often they end up in the doctor’s office, the hospital or the emergency room.”

Due to the new standard, no Wisconsin city made the list of cleanest cities for ozone, unlike previous years.

Particle pollution is made of soot or tiny particles that come from coal-fired power plants, diesel emissions, wildfires and wood-burning devices. These particles are so small that they can lodge deep in the lungs and trigger asthma attacks, heart attacks and strokes.  Increased heat, changes in weather patterns, diesel exhaust, drought and wildfires can all contribute to the formation of particle pollution.

The following highlights for Southeastern Wisconsin were included in the 2016 report:

Milwaukee-Racine-Waukesha metro, including Dodge, Jefferson, Milwaukee, Ozaukee, Racine, Walworth, Washington and Waukesha counties reduced its ozone pollution in 2012-2014, but ranked worse than in the 2011-2013 report.

Milwaukee County, WI, the most polluted county in the metro area for year-round particle pollution slightly improved in 2012-2014. The levels continue a gradual decline from a high in 2005-2007.

Milwaukee County, WI, also the most polluted county in the metro area for short-term (24-hour) particles, continued to slightly decrease its unhealthy levels in 2012-2014, the best ever.  This decrease continues the steady trend of fewer days with unhealthy levels of pollution from a peak of 8.5 days in 2000-2002.

Kenosha County is considered part of the metro Chicago/Naperville IL-IN area. That metro area reduced its ozone pollution in 2012-2014. Not enough data was collected to evaluate short-term or year round particle pollution.