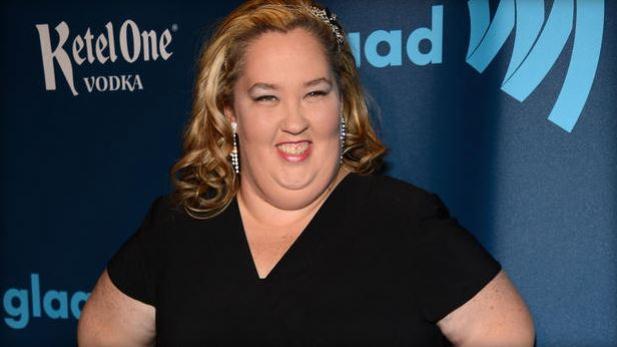 TLC's \"Here Comes Honey Boo Boo\" may be in jeopardy.

On Thursday, reports claimed that the reality show's newly separated matriarch, June \"Mama June\" Shannon, is now dating Mark Anthony McDaniel, a man who served 10 years in prison after being convicted of aggravated child molestation in 2004 and who is a registered sex offender. (McDaniel's son defended his father to E! News, saying that the conviction was caused by a false accusation.)

According to TMZ, which first reported the news, McDaniel and Shannon have dated in the past.

It appears that McDaniel, who was released from a Georgia prison in March, has the potential to cause problems for Shannon's relationship with TLC.

The network began \"Here Comes Honey Boo Boo\" in August 2012 as a spinoff of its child pageant reality show, \"Toddlers & Tiaras.\" Shannon's youngest daughter, Alana \"Honey Boo Boo\" Thompson, was one of \"Tiaras' \" breakout stars, and \"Honey Boo Boo\" followed the spunky kid and her family at their Georgia home.

The series, which also stars Alana Thompson's three older sisters and her dad, Mike \"Sugar Bear\" Thompson, averaged 2.4 million viewers an episode in its first season, establishing itself as a reality TV hit. The show's fourth season wrapped up in August with 1.8 million viewers.

Now, TLC has said in a statement that it's rethinking what's ahead for \"Honey Boo Boo.\"

\"TLC is not currently in production on 'Here Comes Honey Boo Boo,' \" the statement reads. \"We are very concerned about this new information and are reassessing the future of the series.\"