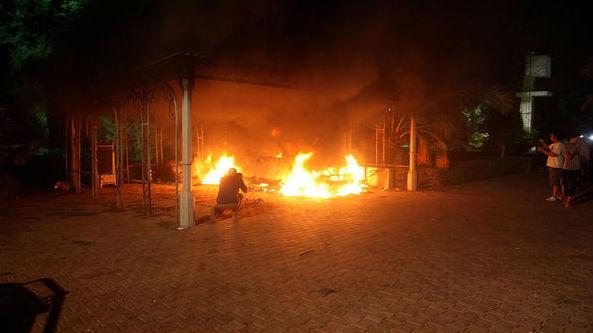 CNN- An investigative report prepared by the House Intelligence Committee finds little to support questions raised about CIA actions on the ground in Benghazi, Libya, the night of a deadly 2012 attack on the U.S. diplomatic compound.

The report, from Chairman Mike Rogers, R-Michigan, and ranking member Rep. Dutch Ruppersberger, D-Maryland, concludes there was no intelligence failure prior to the attack, no stand-down order to CIA operatives trying to go assist at the besieged consular building, and found conflicting intelligence in the wake of the attack about the motive and cause, which were reflected in early public comments by the administration.

But the investigation also found the security at the diplomatic outpost was weak and also described a \"flawed\" process used to create talking points for House members and also then-U.N. Ambassador Susan Rice, whose public statements after the attack incensed critics who said the administration was avoiding calling the attack terrorism.

The report attempts to knock down other accusations about the Benghazi incident and aftermath, finding no evidence of CIA employees being intimidated from testifying and also no indication the CIA presence in Benghazi was partially to secretly ship arms from Libya to Syria.