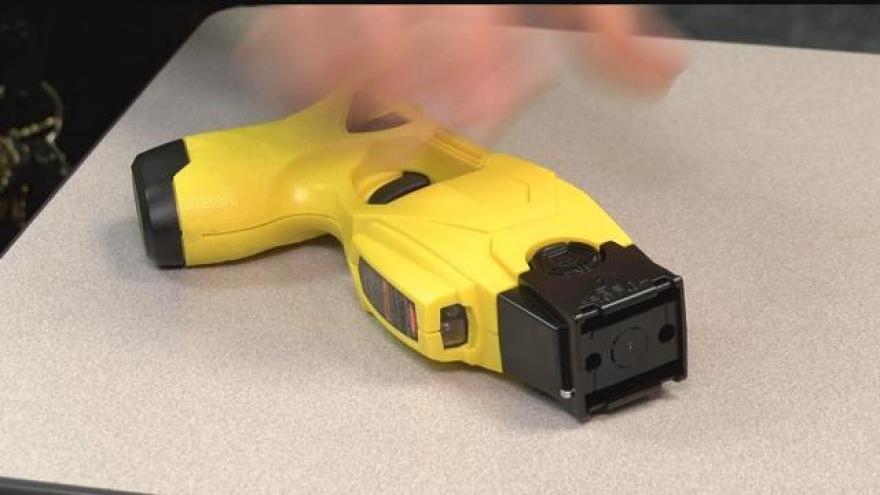 (CBS News) -- A school resource officer in Smithville, Ohio, has been placed on unpaid leave after being accused of activating a Taser near a sleeping student to wake the boy up, WEWS reports.

The incident reportedly happened on August 30 at Liberty Preparatory School, when a male student fell asleep in a classroom. The high school junior wouldn't wake up for the teacher or interim principal, so Officer Maryssa Boskoski activated a Taser a few feet away from the sleeping teen, police told the station.

The Taser did not touch the student, and he was not hurt, but the combination of the sparking noise and commotion in the classroom led the student to wake up.

"[The officer] did take her Taser, remove the cartridge from it, and arced the Taser," Smithville Police Chief Howard Funk said, according to WEWS.

"I was a little surprised by it. Our interest is in the safety of our students so hearing that go off was a little alarming," said Interim Principal Jenna Parnell. She said the officer did not give any warning before using the Taser.

Chief Funk said Boskoski violated the use of Taser policy and her actions could put her job in jeopardy. The police chief plans to meet with the village solicitor to determine if any criminal charges should be filed against Boskoski.

According to WEWS, earlier this year, Boskoski neglected to remove the cartridge from a Taser prior to a spark test, a performance log noted. The Taser then deployed in close proximity to another officer. She was told future incidents of a similar negligent manner could subject her to disciplinary action.

Smithville Police Department did not respond to CBS News' request for comment. CBS News could not get in contact with Officer Boskoski.