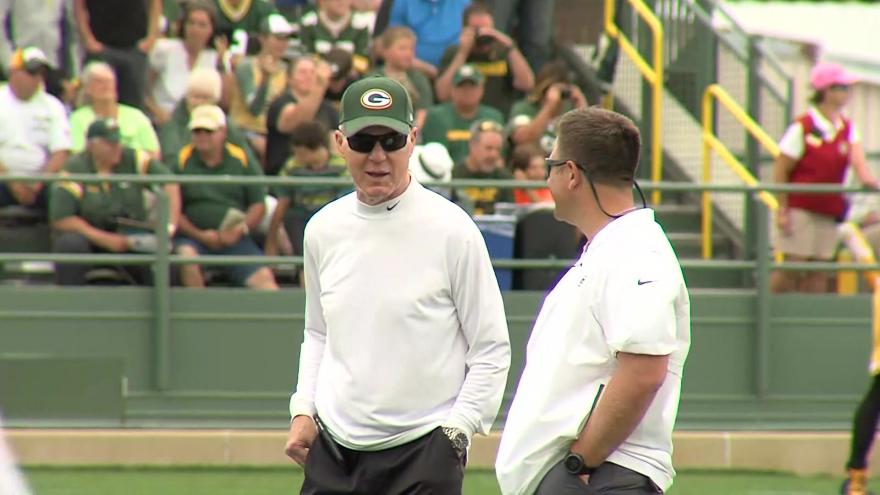 Thompson led the Packers from 2005 to 2017, one of his first decisions as general manager was to pick quarterback Aaron Rodgers in the 2005 NFL Draft. Thompson built the Packers team that won the Super Bowl after the 2010 season.

Thompson announced he was battling an autonomic disorder or nervous system disorder after he left the team following the 2017 season.

Packers Head Coach Matt LaFleur reacted to the news from Lambeau Field. Listen below beginning at 6:22:

The Green Bay Packers released the following on Thompson's passing:

“Ted lived a life of true Christian humility in a world where it’s more common to proclaim one’s own greatness,” said Packers President/CEO Mark Murphy. “Those who knew him well admired his brilliance as a scout and his extraordinary ability to find players of good character. He was slyly funny and a loyal and true friend. We will all miss him very much and we send our deepest sympathy to his family who loved and supported him throughout his life.”

Thompson, who spent 13 seasons as the leader of the team’s football operations, built the Packers into one of the NFL’s strongest and most consistent teams. His tenure was highlighted by a victory in Super Bowl XLV and six NFC North titles, including a franchise-record four consecutive division titles from 2011-14. The Packers led the NFC with four appearances in the NFC Championship between 2005-16.

Thompson was named NFL Executive of the Year two times (2007, 2011) by Sporting News in a vote of his peers. Of the 53 players on Green Bay’s Super Bowl XLV championship roster, 49 were acquired by Thompson. Highlighting Thompson’s acquisitions over the years are two-time NFL Most Valuable Player Aaron Rodgers, 2009 Defensive Player of the Year Charles Woodson, six-time Pro Bowler and franchise sack leader Clay Matthews, and Jordy Nelson, who ranks in the top five in franchise history in receptions, receiving yards, touchdown receptions and 100-yard receiving games. Between 2005-17, the Packers drafted 20 players who have made at least one Pro Bowl appearance.

Following Thompson’s tenure as General Manager, he remained involved with the team as a senior advisor to football operations.

To honor Thompson’s contributions to the organization’s success and recognize his legacy, the team will install his name on the Lambeau Field façade before next season. Murphy had recently shared these plans with the Thompson family, who expressed their appreciation at the recognition.

Thompson was a native of Atlanta, Texas. He was a three-year starter at Southern Methodist University and enjoyed a 10-year playing career as a linebacker with the Houston Oilers (1975-84). Thompson previously served an eight-year tenure with Green Bay’s personnel department (1992-99) and five seasons in Seattle (2000-04) as the Seahawks’ vice president of football operations before re-joining the Packers in 2005.