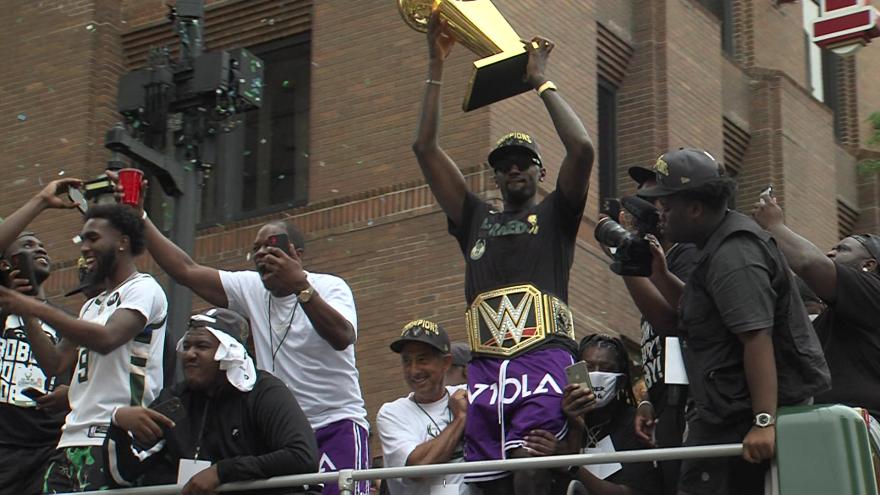 MILWAUKEE (CBS 58) -- One of Milwaukee's favorite players during the Bucks championship run has decided to stay in town.

Shams Charania of The Athletic reports Bobby Portis has re-signed with the Bucks. He's coming back on a two-year contract reportedly worth $9 million.

Portis recently declined his player option for next season and entered free agency, but wasted no time re-signing on the first day of NBA free agency.

Portis tweeted "Proud to call Milwaukee my home. Wouldn’t want to be no where else!" shortly after news broke of his return to Milwaukee.

RUN THAT SHIT BACK! Proud to call Milwaukee my home. Wouldn’t want to be no where else! #UNDERDOG

To the fans, thank you for your continued support. Now let’s get it! pic.twitter.com/Xwp8Yfwry1

He averaged 11.4 points and 7.1 rebounds per game for the Bucks last season.