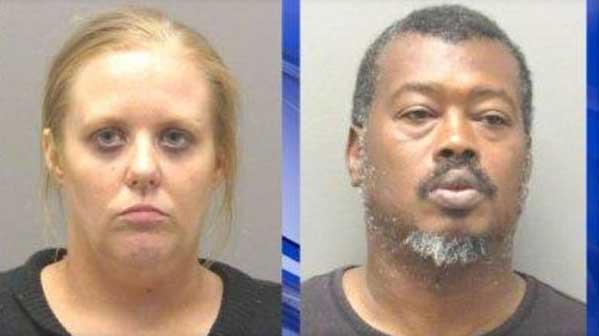 HOT SPRINGS, Ark. (CBS NEWS)--  Police have arrested a Hot Springs, Arkansas, couple on battery and abuse charges for allegedly zip-tying a 4-year-old girl to her bed as punishment.

The child told authorities she thought her name was “Idiot,” according to an arrest report obtained by The Sentinel-Record.

Hot Springs police arrested the girl’s mother, Jennifer Denen, 30, and her live-in boyfriend, Clarence Reed, 47, Friday and charged them with felony counts of first-degree domestic battery, permitting the abuse of a minor and endangering the welfare of a minor. A police report says officers were summoned to the Cooper-Anthony Mercy Child Advocacy Center after workers there determined the child had been abused.

A police report says the girl had bruises, a black eye, scars and ligature marks on her wrists.

According to the paper, officers asked the girl her name, and she responded, “Idiot.” Another juvenile who lived at the home told police the child had been tied up and was referred to as “Idiot,” the paper reports.

Reed allegedly admitted to striking and tying up the girl, and reportedly said he did refer to the child as “Idiot,” but only as a joke.

The Sentinel-Record reports the child is now in state custody. Denen and Reed were being held on $500,000 bond at the Garland County jail and were scheduled to appear in court Aug. 23.