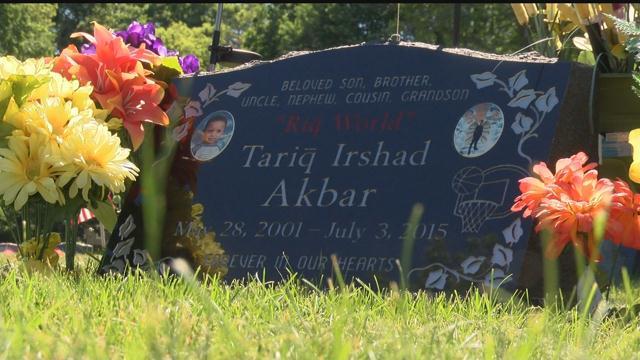 Most families in our area will celebrate the holiday today, but for one Milwaukee family the Fourth of July is a sad anniversary.

Right after last year's fireworks show at Summerfest, a 14 year old was shot and killed.

The young man's mother says it's hard to think about her son, even a year later.

Dozens of balloons were sent to the skies Sunday when Tariq's loved ones gathered at Graceland Cemetery.

The shooting happened last July 3rd, right after the fireworks show ended. Police say Akbar and 15-year-old Matthew McMillan got into a fight. McMillan pulled out a gun and shot him.

And while his mother, Arifah, remembers her own son with balloons, she's also keeping in mind the many young lives lost to violence in Milwaukee.

The accused shooter, Matthew McMillan, was 15 at the time of the shooting. He's charged with first degree reckless homicide and is set to go to trial July 25th.