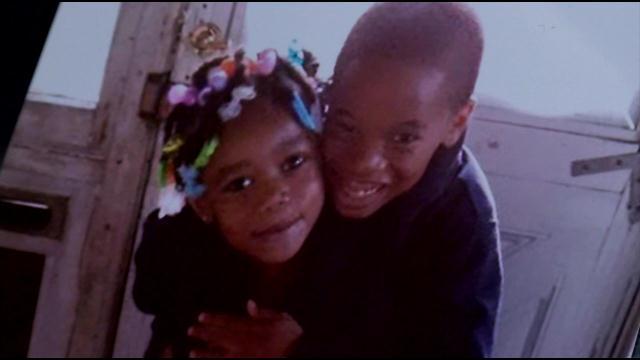 \"He just was everything, you just can't help but to love him once you ran across him.\"

Latanya Nelson can barely hold it together as she remembers her son, 7-year-od Noah Beckley. He was at a swimming party at the Milwaukee Comfort Inn and Suites, but Nelson just didn't feel right.

Noah, an adventurous boy, jumped in the just under five foot deep pool, but it was just deep enough that he couldn't get out.

\"I just remember begging God not to let him die,\" Nelson said after she was called to the hotel where she watched as they tried to bring him back to life.

Police reports document those last few minutes of Noah's life. At 5:16 Noah entered the pool filled with other kids and adults. For 60 seconds he fought, for four more minutes he lay at the bottom before someone noticed he was gone.

\"Five minutes is really too long underwater, 10 seconds, and my baby suffered, he drowned,\" Nelson said.

It can happen that quickly.

\"Ten seconds, we can be sitting here right now, and just in that pause I made, I could look away, and 5 more seconds and we could've lost somebody,\" Milwaukee Recreation Aquatics supervisor Nicole Jacobson said,

Each year 4,000 kids in the U.S. die in the water. Milwaukee Public School's Recreation Department, in partnership with the Red Cross, is trying to change that. Every year, they teach about 5,000 kids to swim but Nicole Jacobson has found that many drownings happen because people don't know the signs.

\"Everyone thinks that drowning is going to be some flailing arms, excited screaming that someone is drowning,\" Jacobson said.

It's the exact opposite.

The only way to help prevent drowning, is knowing how to swim. Noah hadn't learned but his mom says one good thing will always rest in her heart

\"You never know once you walk out that door if you're going to see them again, and I'm so, so grateful that when he left out that door we said our little thing to each other. I love you to the moon and back,\" Nelson said.

A gofundme account has been set up in Noah's name to help raise drowning awareness. You can find it here.