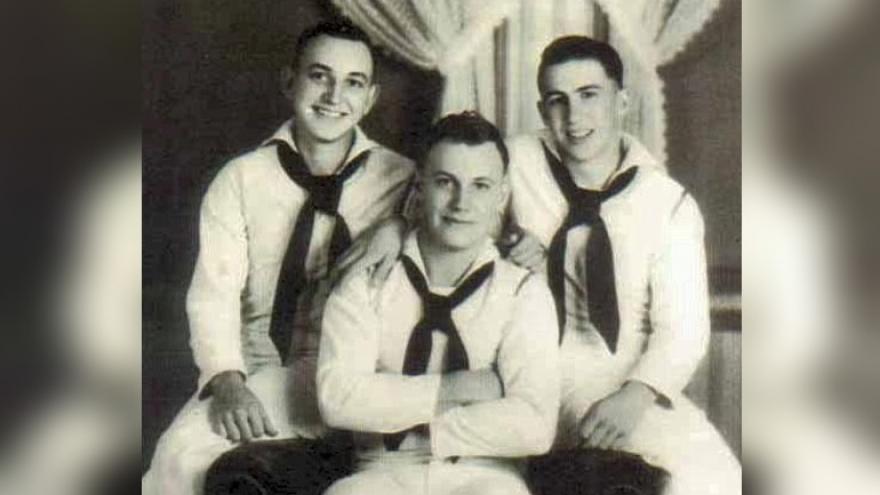 WASHINGTON (CBS 58) -- Three brothers from New London that were killed during World War II were accounted for on June 10.

Navy personnel recovered the remains of deceased crew from Dec. 1941 to June 1944, which were interred in the Halawa and Nu'uanu Cemeteries.

In September 1947, laboratory staff were only able to confirm the identification of 35 men from the USS Oklahoma at the time. Members of the American Graves Registrations Service (AGRS) buried the unidentified remains in 46 plots at the National Memorial Cemetery of the Pacific (NMCP), known as the Punchbowl in Honolulu.

Officials say in October 1949, a military board classified the unidentified as non-recoverable, including the Barber brothers.

Between June and November of 2015, DPAA personnel exhumed the USS Oklahoma Unknowns from the Punchbowl for analysis.

Officials say the Barber brothers' names are recorded at the Courts of the Missing at the Punchbowl, along with others who are missing from WWII. A rosette will be placed next to their names to indicate they have been accounted for.

Family and funeral information can be found by contacting the Navy Service Casualty office at 800-443-9298.

You can read the personnel profile of each brother by clicking below: