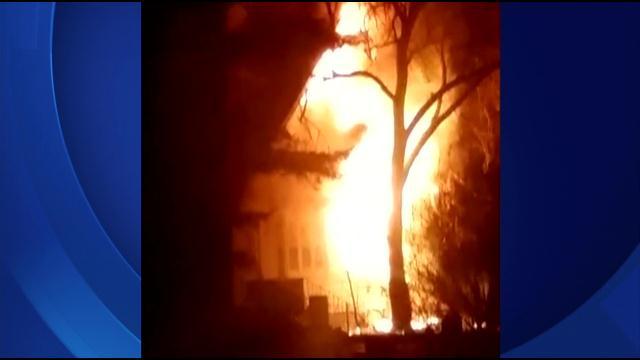 Neighbors and close friends are watching and waiting as a long line of firefighters and investigators go in and out of a property that caught fire early Thursday morning.

Residents say it is the White Farm property, belonging to a couple on trial for mistreatment of animals.

Both were not present today when a Kenosha County jury convicted them.

One of the defense attorney said his client did not return his phone calls.

CBS 58 called White's attorney Joe Easton for a comment, but did not hear back.

Police in Pleasant Prairie say that a call came in at 1:22 a.m. about an active house fire.

The house is located near the corner of Russell Road and Russell Avenue in Pleasant Prairie.

The following statement was released by Police Chief David Smetana just before 3 p.m. on Thursday.

A criminal complaint says on the morning of April 9, 2013 officers with the Pleasant Prairie Police Department executed a search warrant on the farm owned by the couple.

A search of two barns on the property revealed a total of 23 lives horses and five dead horses.

The horses that were alive appeared to be very thing and had sway backs, visible rib cages and protruding hips.

Officers said the stalls were lined with feces and urine on the floor.

At this time, the names of the victims in Thursday morning's fire have not been released.

Investigators also found a deceased dog inside the property.

The cause of death and fire remain under investigation.

The Police Chief told CBS 58 the property is being treated as a crime scene at this time.