Reebok's Next Shoe Will Be Made From Corn 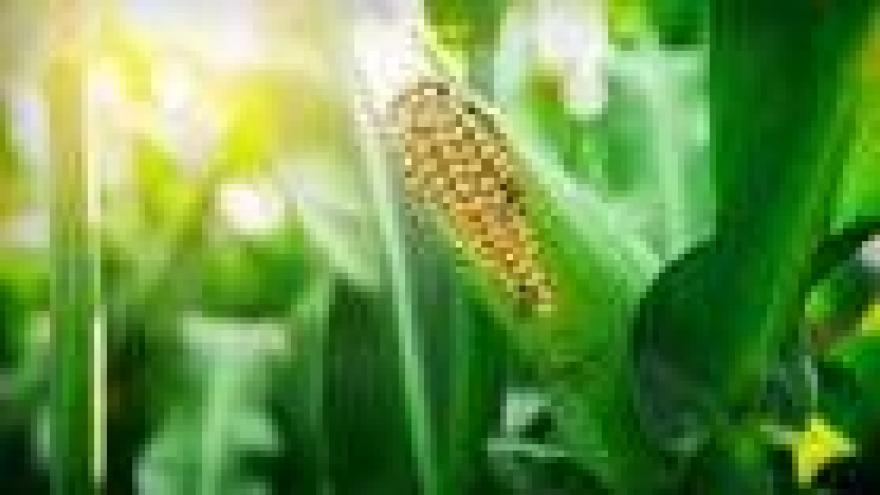 (CBS) Reebok, the athletic apparel company, is creating its first shoe made entirely from biological materials.

The shoe, which will be available in the fall, will have a cotton upper and a sole made from Susterra, a corn-based plastic substitute, said Bill McInnis, who heads ReebokFuture. It’s intended to be completely compostable and will even use biologically derived glue to join the different pieces together.

“We started considering the whole lifecycle of the shoe and whether you can make it with something that grows, taking into account that people have to accept the styling and the comfort,” he said.

“We know there’s an appetite for it already.”

Susterra, developed by DuPont, Tate & Lyle, is derived from industrial corn -- the kind used for livestock feed, certain flours and even durable goods. In other words, making the shoes won’t put pressure on the food supply.

To make Susterra, starch from the corn is separated out, fermented with microbes, then filtered, according to DuPont. Other companies use the bioplastic to make waterproof liners for clothing or synthetic leather, said Laurie Kronenberg, a company spokeswoman. Susterra costs about as much to make as petroleum-derived plastic but creates 40 percent to 50 percent less greenhouse gas emissions, the company said.

Reebok’s parent, Adidas, has experimented with biodegradable materials, including with its Biosteel sneaker, which has a biodegradable upper. And a handful of apparel companies, including the European bag and clothing maker Freitag, have introduced compostable fabrics into their lineup.

But by and large, the fashion industry is still churning out nonsustainable apparel at a staggering pace. The popularity of “fast fashion” has created a surplus of low-quality clothing that mostly makes it into landfills. Some 85 percent of unwanted clothes are discarded, according to the Environmental Protection Agency. About 12 percent are recycled, either into new clothing or other materials.

Americans threw out 16.2 million tons of textiles in 2014, according to the EPA, and another 8.2 million tons of rubber and leather products. Shoes make up a relatively small portion of fashion goods, but they tend to have a high impact on the environment because each shoe combines a number of different materials, making it hard to recycle.

And those materials are often synthetic, carbon-intensive or both. Most athletic shoes have soles made from ethyl vinyl acetate, or EVA, which not only doesn’t break down but requires a lot of energy to manufacture.

“For a shoe that lasts only 300-500 miles (three to six months for a regular runner), it doesn’t make sense to use a material with a lifetime measured in millennia,” said Aaron Nesser, an industrial designer. “Plenty of ‘sustainable’ shoes use EVA or something similar for their outsoles, but you’re not going to find EVA in a compostable shoe.”

Nesser, who is pursuing a master’s degree at Pratt Institute in Brooklyn, N.Y., has made it his mission to find a biologically based replacement for EVA. Last year, he and a team of students created a polymer derived from kelp as part of New York City’s Biodesign challenge.

But for many consumers, compostable apparel is still a novelty, Nesser said. “They want to know, ‘is it going to disintegrate while i’m wearing it?’ That’s the No. 1 question I get,” he said. “No. Your foot isn’t that powerful.”

Another potential downside of compostable footwear is that it requires more from the buyer. For people who don’t live in an area that offers municipal composting (which many cities and even smaller towns now do), disposing of the shoe can be problematic. Nonetheless, even in a landfill, organic fibers will decompose after several years. Petroleum-derived materials, on the other hand, take centuries to begin breaking down.

Reebok’s Cotton + Corn shoes, which have taken about five years to develop, will start selling in limited quantities this fall, said McInnis. Initially just 500 pairs will be available, he said -- the maximum Reebok could produce quickly.

The company will then evaluate the shoes’ popularily before making more, but McInnis is optimistic: “We expect them to disappear on day one.”