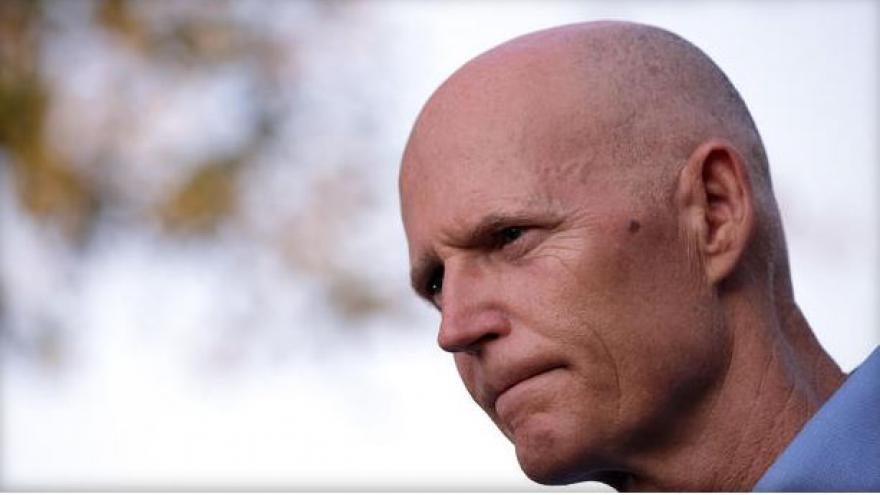 In a statement, Scott said he spoke to Nelson, who "graciously conceded." Scott said he thanked Nelson "for his years of public service."

Nelson, 76, was scheduled to release a videotaped statement later Sunday.

Florida counties had until noon to file official results with the state following a weeklong machine and hand recount that had triggered allegations of fraud and several lawsuits. State officials will post the official results on Tuesday.

The apparent defeat of Nelson brings an end to a now-bygone era in Florida. Nelson had been a Democratic survivor as the GOP ascended into power, hewing to a more moderate tone even as newcomers such as Democratic candidate for governor Andrew Gillum tried to push the party in a more liberal direction.

Gillum conceded defeat in the state's race for governor to Ron DeSantis on Saturday. Sunday's official results showed DeSantis leading by about 33,000 votes out of more than 8.2 million cast.

In the Senate race, Scott charged into the race last April at the urging of President Trump and spent more than $60 million of his own money on a series of ads that hammered Nelson as out-of-touch and ineffective.

The campaign waged between the two men was more about character, competence and their loyalty to Mr. Trump even though Scott was placed on the defensive about his record on the environment and health care.

The weeks leading up to the election were bitter, and it remained that way after it became clear that the race between Nelson and Scott would head to a legally required recount. Scott held a press conference at the governor's mansion suggesting that fraud may be going on in several Democratic-controlled counties.

Nelson and the Democrats responded by filing several lawsuits that challenged everything from Scott's authority over the state's election division to deadlines for mail-in ballots.

The Nelson campaign managed to secure only one win in court. U.S. District Judge Mark Walker gave voters until 5 p.m. on Saturday to fix their ballots if they haven't been counted because of mismatched signatures. Nearly 5,700 ballots were rejected because signatures on ballot envelopes did not match signatures kept on file by election officials.

Walker rejected a request by Democrats to automatically count all the ballots with mismatched signatures. He also rejected a request to waive deadlines for domestic mail-in ballots even if they had been mailed prior to Election Day.

Scott, a one-time health care executive and multimillionaire, first jumped into politics eight years ago, when he rode a tea party wave into the governor's office. Term limits prevented him from seeking re-election.  As the state's chief executive, Scott focused on job creation and turning around Florida's economy after the recession.

Nelson and Scott disagreed on issues ranging from gun control to environmental policy to health care. Nelson was a strong supporter of the federal health care overhaul pushed into law by President Barack Obama, while Scott had called for the law to be repealed and replaced.

Nelson and his allies ran ads that questioned Scott's ethics, pointing to his ouster as chief executive of health care giant Columbia/HCA amid a federal fraud investigation. Although Scott was never charged with any wrongdoing, the health care conglomerate paid a then-record $1.7 billion fine for Medicare fraud.

Democrats also questioned whether Scott had conflicts while governor since both he and his wife invested in companies that do business in Florida, including a subsidiary of the company that owns Florida's largest electric utility. Scott has maintained he does not control his holdings.