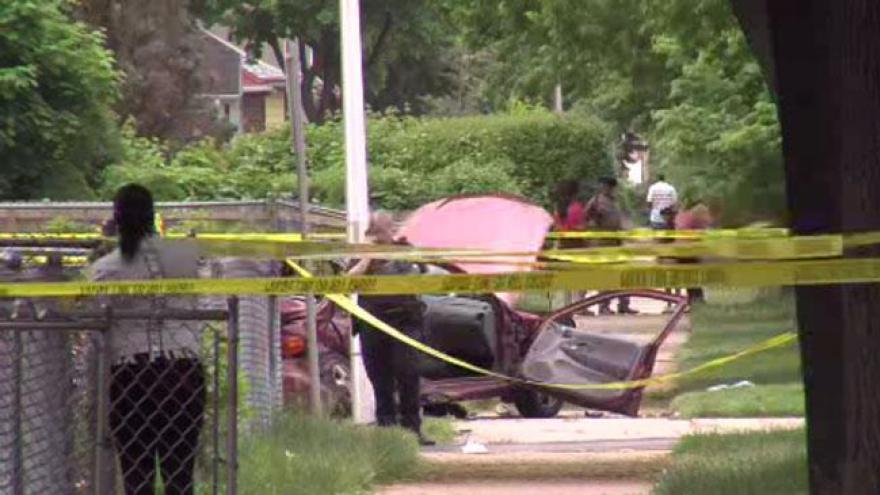 Milwaukee Police have arrested an 18-year-old man suspected to be the driver in the May 27th fatal crash near 39th and Hadley.

Police say the man was driving a stolen SUV when he smashed into a another car carrying 7 people, killing two.

Now, records show that 18-year-old was involved in another serious crime just days later. Documents show he was one of five people arrested early Thursday morning, after leading police on a high-speed chase into Washington County. He was arrested and booked on two counts of Hit and Run Causing Death.

The arrest was welcome news to Deidre Williams, whose sister Danielle Triggs was killed in the crash.

"I want them detained and prosecuted to the fullest extent," she said near the crash site Friday.

Cell phone video captured the suspects running from the scene. Police continue searching for at least one passenger captured in that video.

"Somebody knows something, there's video footage," says Williams. "If you know who it is, just come forward. If it was your family, you would want the same thing."

We are not identifying the 18-year-old until he is formally charged. Police say the case will be turned over to the District Attorney's Office for charges in the coming days.