Recognize these guys? MPD looks to track down 3 suspects wanted for armed robbery 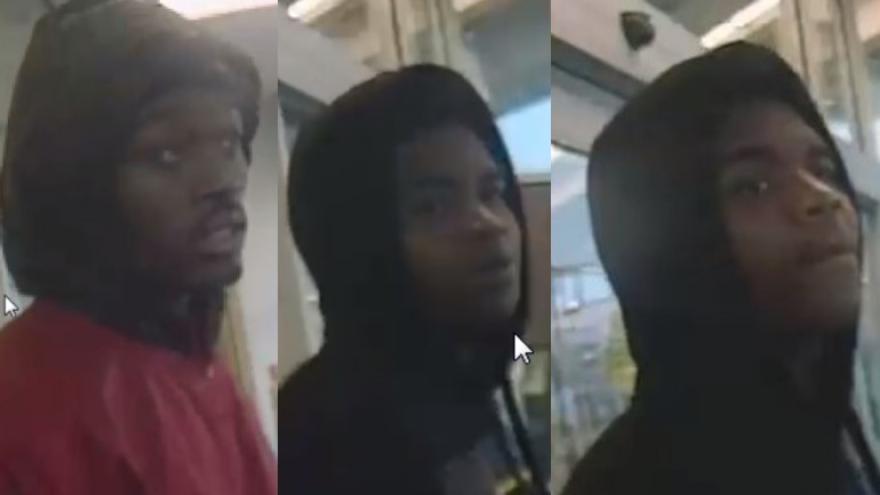 MILWAUKEE (CBS 58) -- Milwaukee police are asking for the public's help to track down three suspects wanted for an armed robbery that happened near 40th and Kaul on Monday, Dec. 23.

Police say the suspects then used physical force to remove the victim from his vehicle and rob him of his property.

Authorities describe suspect 1 as a black male 18 to 22 years old, 5'09"-5'10", 160 lbs, with a medium to dark skin complexion, a short two to three-inch Afro. He was last seen wearing a dark-colored sweatshirt with lettering down the left sleeve, dark pants and black shoes.

Authorities describe suspect 2 as a black male, 18 to 22 years old, 180 lbs, slender build. He was last seen wearing a red, black and white Chicago Bulls jacket with the Bulls logo peeling off.

Authorities describe suspect 3 as a black male, 18 to 22 years old, 5'10", slender build, 160 lbs, with a short unkempt one to two-inch Afro, armed with a small black semi-automatic pistol.

Anyone with information on the suspects or the robbery is asked to contact Milwaukee police at  414-935-7360 or Milwaukee Crime Stoppers at 414-224-TIPS.

MPD is reminding residents that for their safety, they can come to a local MPD police district to exchange or sell legal property to individuals they meet on social media.