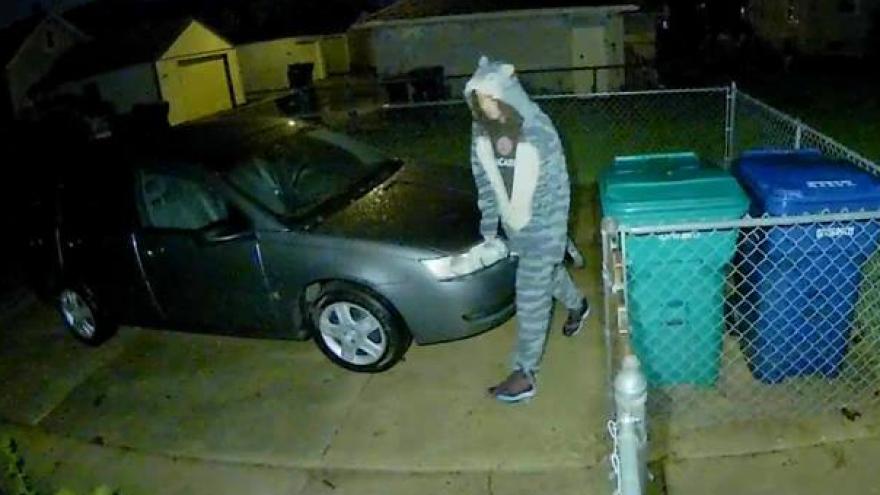 ST. FRANCIS, Wis. (CBS 58) -- The St. Francis Police is asking the public for help in identifying a suspect who was lurking around a person's home over the weekend.

Police say that the homeowner called shortly before 7 a.m. on Saturday to report suspicious activity at his home in the 3600 block of S. Iowa Avenue.

An officer responded and learned that around 3:30 a.m. that morning, a person wearing a tiger suit was seen on the citizen's home surveillance camera lurking around his backyard and around his vehicle. 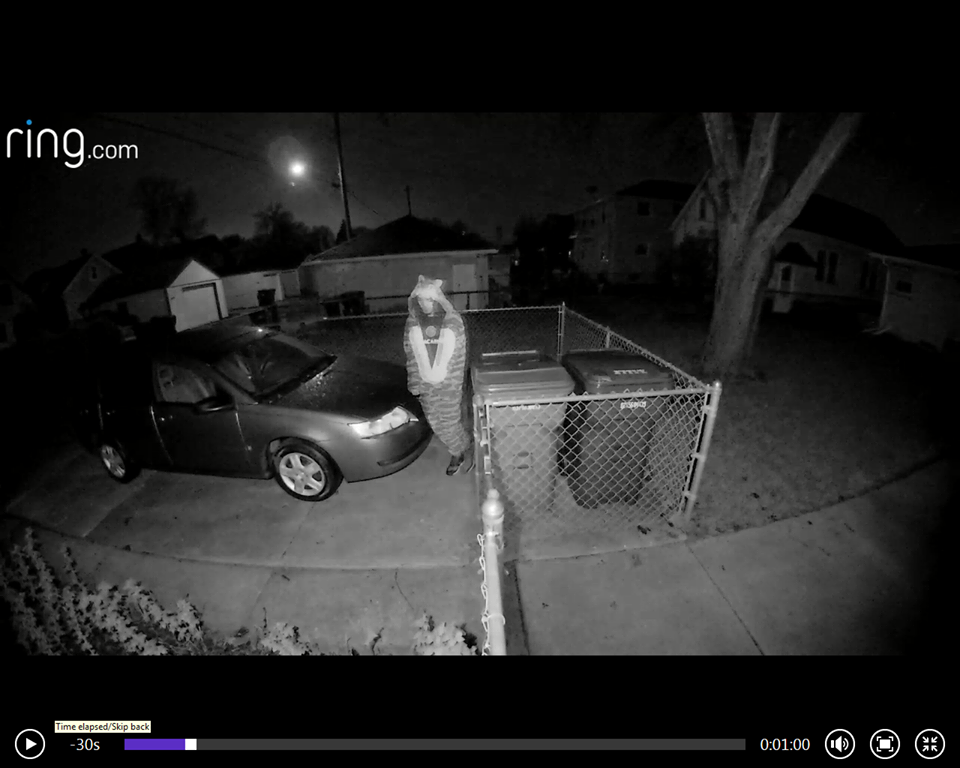 Officers also discovered that a vehicle parked in the 1900 block of E. Cora Ave. had been rummaged through; however, nothing was missing.