Real estate heir Robert Durst says he 'killed them all' 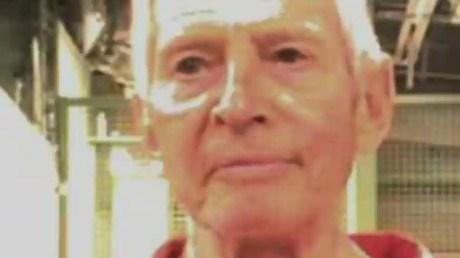 He admitted to shooting and dismembering his neighbor, but was acquitted of murder.

He was suspected in his first wife's disappearance, but no one could pin him to it.

And just before his friend was going to speak to investigators, she was killed -- execution style.

Millionaire real estate heir Robert Durst's life is so bizarre that HBO made a documentary series about it called \"The Jinx.\" But over the weekend, two major turns of events could end Durst's freedom: his arrest in New Orleans for a 2000 killing, and the broadcast of his restroom mutterings that were picked up on his live microphone.

\"What the hell did I do?\" Durst says from a bathroom at the end of the documentary. \"Killed them all, of course.\"

His lawyer says not to read too much into the comments. But more on that later.

To understand the complexities of Durst's life -- and the deaths linked to it -- we have to start at the beginning:

What we know: Durst amassed his fortune from his family's real estate business, The Durst Organization, which owns a bevy of high-profile buildings in Manhattan.

His first wife, Kathie McCormack, was on her way to medical school in New York when she vanished in 1982.

\"I put her on the train in Westchester to go into the city that evening. That was the last time I ever saw her,\" Durst testified in a separate case over a decade later.

Despite a cloud of suspicion over the years, Durst has never been arrested for the disappearance.

What we don't know: What actually happened to Kathleen Durst. The New York Times said she has been declared legally dead.

What we know: Crime writer Susan Berman was a longtime friend of Durst's. In 2000, when investigators reopened the 1982 disappearance case of Durst's first wife, they made plans to visit Berman in Los Angeles.

\"She was a confidante of Robert Durst. She knew him well,\" CNN's Jean Casarez said. \"And it was just days before investigators were to fly out to California to talk with her about what she may have known about the disappearance of Kathleen Durst that she was shot execution-style in her living room.\"

Fast forward 15 years, to this past weekend: Durst's arrest was in connection with Berman's death. (See below.)

What we don't know: We don't know whether Durst was the person who sent an anonymous letter to police telling them there was a body in Berman's home.

A police handwriting analysis said the writing on that card looked like Durst's, author Miles Corwin told CNN in 2004.

But in \"The Jinx,\" Berman's stepson reveals a letter from Durst he found among her possessions.

\"You look at the letter, and the handwriting is astonishingly similar,\" said Michael Daly, a special correspondent for The Daily Beast.

What we know: In 2001 -- almost two decades after his wife's disappearance and a year after Berman's killing -- millionaire Durst moved into a $300-a-month apartment in the coastal Texas city of Galveston.

Durst testified that he hid out in Galveston and posed as a mute woman because he was afraid as he faced increasing scrutiny, Court TV reported at the time.

He got into a scuffle with his neighbor, Morris Black, and admitted to shooting and killing him.

Durst testified he panicked and decided to cut up Black's body and throw away the pieces.

\"I could understand Durst's panic,\" juror Joanne Gongora said after Durst's acquittal in 2003.

What we don't know: Why Durst chose Pennsylvania to escape to after shooting and dismembering his neighbor.

He had jumped bond and almost got away -- if not for a sandwich that the heir stole from a store. He was captured in Pennsylvania for shoplifting, even though he had hundreds of dollars in his pocket.

What we know: Durst was arrested in connection with the execution-style killing of Burman, the crime writer.

Authorities found him Saturday at a New Orleans hotel, where he was staying under a false name and was carrying a fake driver's license, according to a law enforcement official who's been briefed on the case.

He'd paid in cash, and authorities believe he was preparing to leave the country and flee to Cuba, the official said.

\"As a result of investigative leads and additional evidence that has come to light in the past year, investigators have identified Robert Durst as the person responsible for Ms. Berman's death,\" Los Angeles Police said.

What we don't know: What the new evidence is that led authorities to arrest Durst.

He sits in a New Orleans jail -- without bond -- and is awaiting an extradition hearing Monday morning.

\"We will waive extradition and get to Los Angeles as soon as possible to answer the charges,\" Lewis, his attorney, told CNN.

What we know: The HBO documentary series \"The Jinx\" aired in six episodes, ending Sunday.

Immediately after the finale's last shot, Durst goes into the bathroom, apparently not realizing his microphone was still on.

He then rambles a series of seemingly unrelated sentences before saying, \"He was right. I was wrong.\"

Then, the most intriguing remarks: \"What the hell did I do? Killed them all, of course.\"

What we don't know: What did those words really mean?

While the comments may appear incriminating, his lawyer told Fox News' \"Justice with Judge Pirro\" that the offhand remarks might not mean anything.

\"Your honesty would lead you to say you've said things under your breath before that you probably didn't mean,\" attorney Chip Lewis said.

When asked for comment, HBO praised the series' director and producer in a statement Sunday.

\"We simply cannot say enough about the brilliant job that Andrew Jarecki and Marc Smerling did in producing The Jinx,\" said HBO, which is owned by Time Warner -- the parent company of CNN. \"Years in the making, their thorough research and dogged reporting reignited interest in Robert Durst's story with the public and law enforcement.\"

\"The dominoes of justice are now starting to fall,\" he said. \"Through our faith, hope and prayers the last domino will bring closure and justice for Kathie.\"