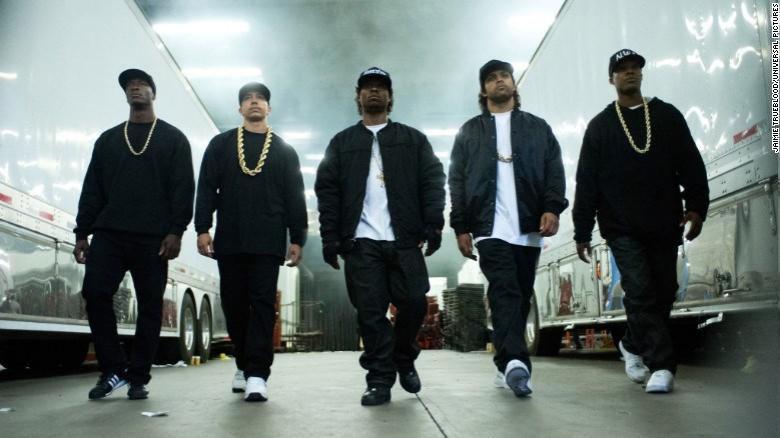 (CNN) -- If there is money to be made, you better believe Hollywood will make sequel after sequel of a successful film.

But how do you follow up on \"Straight Outta Compton\"?

We may soon find out; TMZ reports that there are plans to do just that after the N.W.A biopic grossed $60 million over its opening weekend, more than doubling its production budget of $29 million.

Color us skeptical until there is a cast assembled, but according to TMZ, the film will document the rise of West Coast rappers like Snoop Dogg and the late Tupac Shakur (who were both briefly depicted in the new movie). Of course, Dr. Dre and Suge Knight would be included in such a film, as it was their Death Row Records that was at the center of the story.

If it happens, here's what we'd like to see.

The love story of Snoop and his wife

Fans know a bit about the rapper's wife, Shante Broadus, from their now-defunct reality show \"Snoop Dogg's Father Hood,\" in which she firmly handled business both at home with their kids and in Snoop's career (her nickname is \"Boss Lady\"). The couple has three children together.

The pair are childhood sweethearts and have weathered a great deal, including a high-profile split after they married in 1997; they later reconciled. Their back story could add some sweetness and romance to the film.

It's one of the most famous rivalries in music, and some blame the deaths of Shakur and Biggie Smalls on tensions between the hip-hop players from opposite coasts.

There's been a lot of speculation as to what really went down, so perhaps it's time to set the record straight.

Putting an end to the speculation about Tupac

Some people believe that Shakur did not really die after being shot in Las Vegas on September 7, 1996. Much of it seems to hinge on the fact that he adopted the name \"Makaveli\" for his posthumous \"The Don Killuminati\" album, in honor of famed Italian writer and strategist Niccolò Machiavelli.

The claim is that Machiavelli advocated faking one's death to escape the enemy, so that's what Shakur did. A film on the rise of his career could help put this urban legend to bed for good.