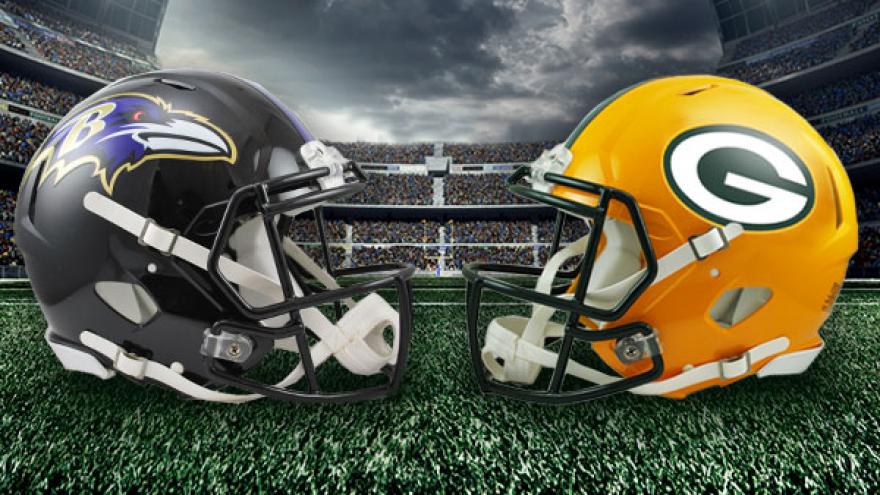 Baltimore last accomplished the feat when the Ray Lewis-led defense had four shutouts for the Super Bowl-winning team in 2000. Jimmy Smith, Eric Weddle and Marlon Humphrey each picked off passes for Baltimore (5-5), which led the NFL in interceptions entering the weekend.

But a problematic offense couldn't generate a touchdown drive until Joe Flacco's perfect deep ball to Mike Wallace over two defenders for a 13-point lead nearly two minutes into the third quarter. Flacco threw for 183 yards, going 22 of 28 with an interception.

His lone touchdown pass was still enough of a cushion against a Packers team struggling without two-time MVP quarterback Aaron Rodgers, out with a broken collarbone.

The Packers were last shut out on Nov. 19, 2006, when then-starter Brett Favre left with an elbow injury in the first half of a 35-0 loss to New England. Rodgers, then in his second year in the league, finished off that loss in relief.

He was 21 of 36 for 239 yards. But he threw interceptions on the Packers' first two series. On the third drive, backup running back Devante Mays fumbled on his first carry of the season.

Any big gains the rest of the day were negated by busted plays or penalties. The Packers (5-5) have lost four of their last five games.

Davante Adams was a lone bright spot, torching the Ravens' strong secondary for 126 yards on eight catches. The Packers actually outgained the Ravens 265-219. But turnovers sapped any momentum.

Collins had 49 yards on 20 carries, while Wallace finished with 56 yards on four catches.

Packers linebacker Clay Matthews suffered a groin injury midway through the first quarter. He  returned for one play on the next defensive series, then watched the rest of the first half from the sideline. Matthews did have a sack before getting hurt, his first sack since Week 4, to give him 3 1/2 for the season. Another starter, defensive lineman Kenny Clark, was carted off the field in the fourth quarter with an ankle injury.

The Ravens were whistled for an unsportsmanlike conduct penalty after punting the ball in the third quarter to the Packers after referee Jeff Triplette said a player on the sideline "verbally abused an official."