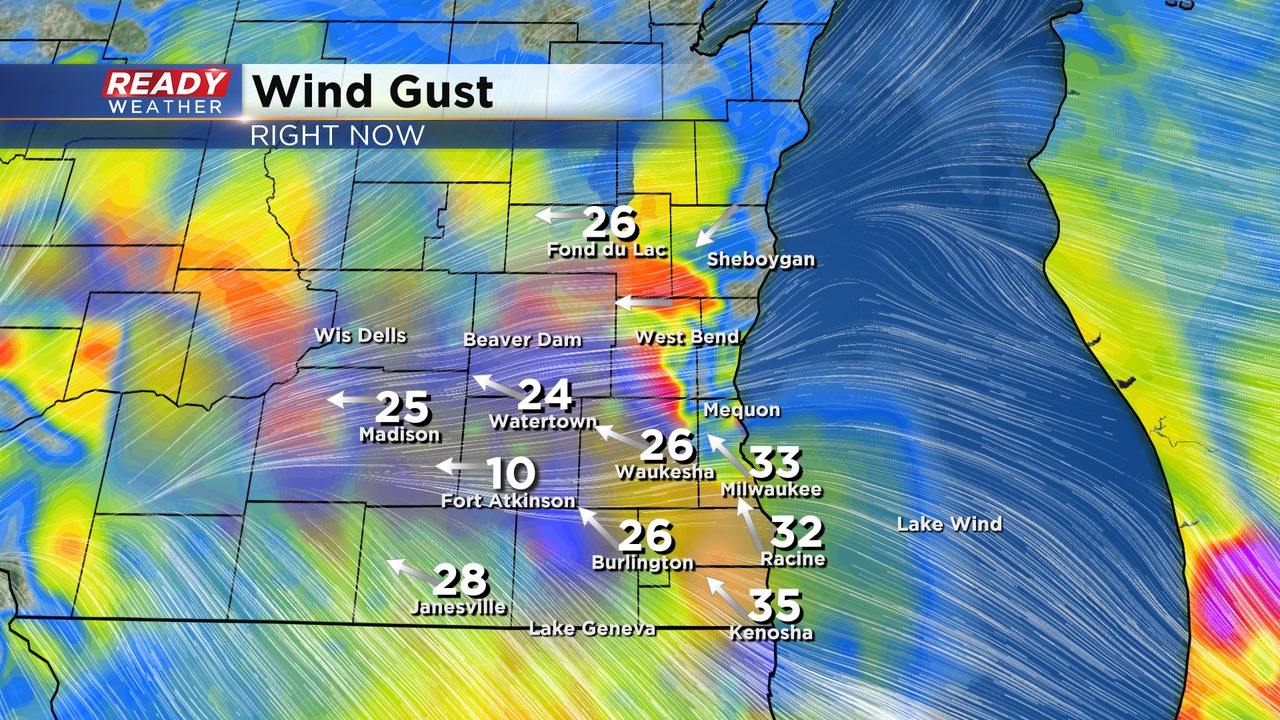 A wind advisory remains in effect until Midnight.  Strong onshore winds continue across southeastern Wisconsin this evening.  Most gusts are between 30 and 40 mph; however, some isolated gusts could approach 45.

Additional rain and some embedded storms will continue this evening.  Winds overnight will switch to the southwest with lows in the lower 70s. 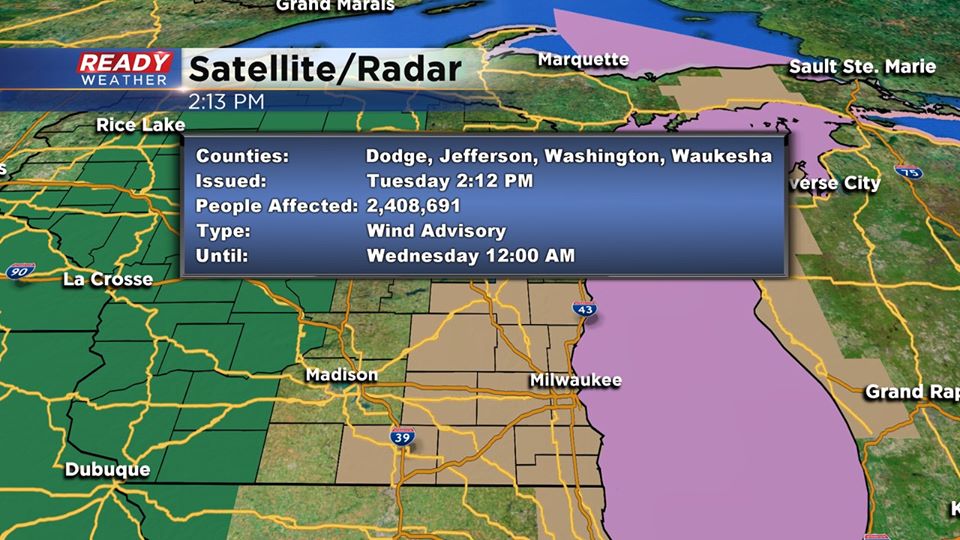 The arrival of Cristobal will feature some heavy rain and strong gusty winds.  While we expect the winds to remain well below severe thunderstorm criteria, wind gusts to 45 mph are likely this evening.  Sustained winds from 20 to 30 mph will be expected.

A wind advisory has been issued for the entire area until midnight.

In a rare change to Wisconsin's weather our focus has been on the tropics. Last week it looked like the track of Tropical Storm Cristobal would take it straight north through the Plains and into the Midwest and that's exactly what we're seeing. Cristobal has now weakened but the storm is still in tact as it moves through Missouri towards Illinois, Iowa and Wisconsin. 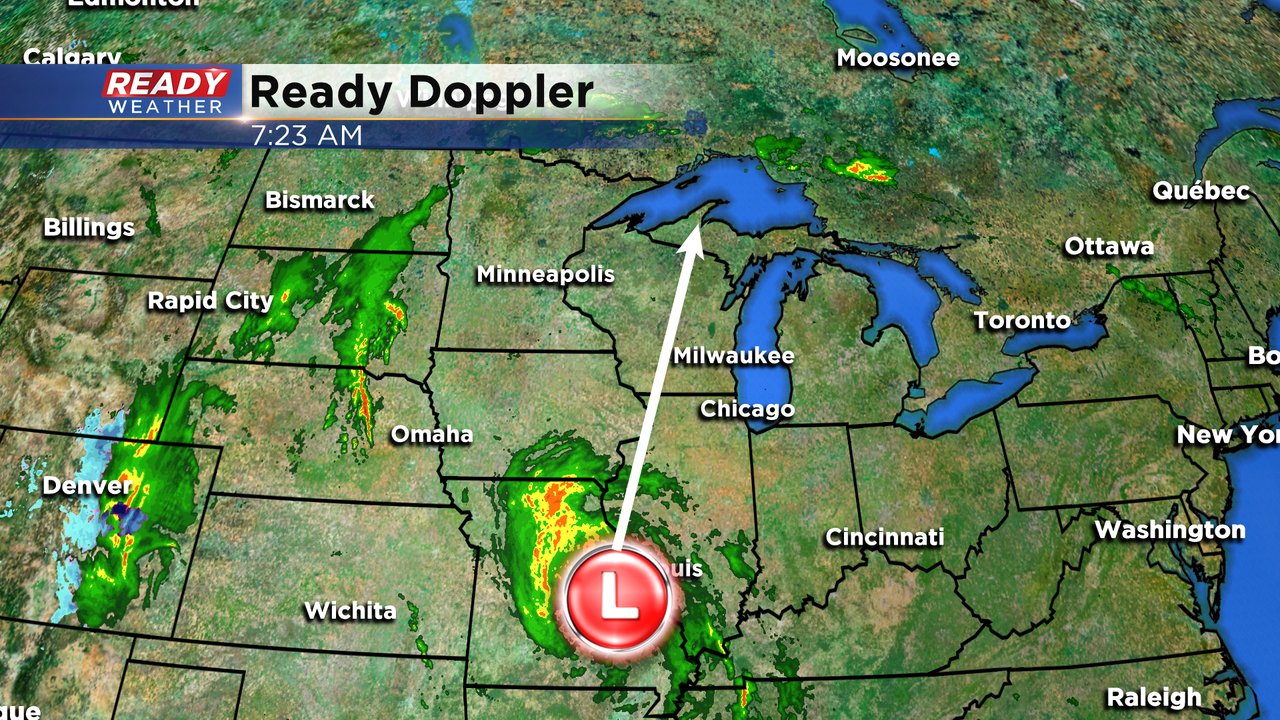 Wisconsin will occasionally see the outer rain bands from a tropical system to our south and east but it is rare for the center of that storm to move within the state's boundaries. According to the National Weather Service, it's only happened three times in recorded history. The first is the famous Galveston Hurricane that happened in 1900. The second was an unnamed hurricane in 1949 and the most recent was Hurricane Gilbert in 1988. 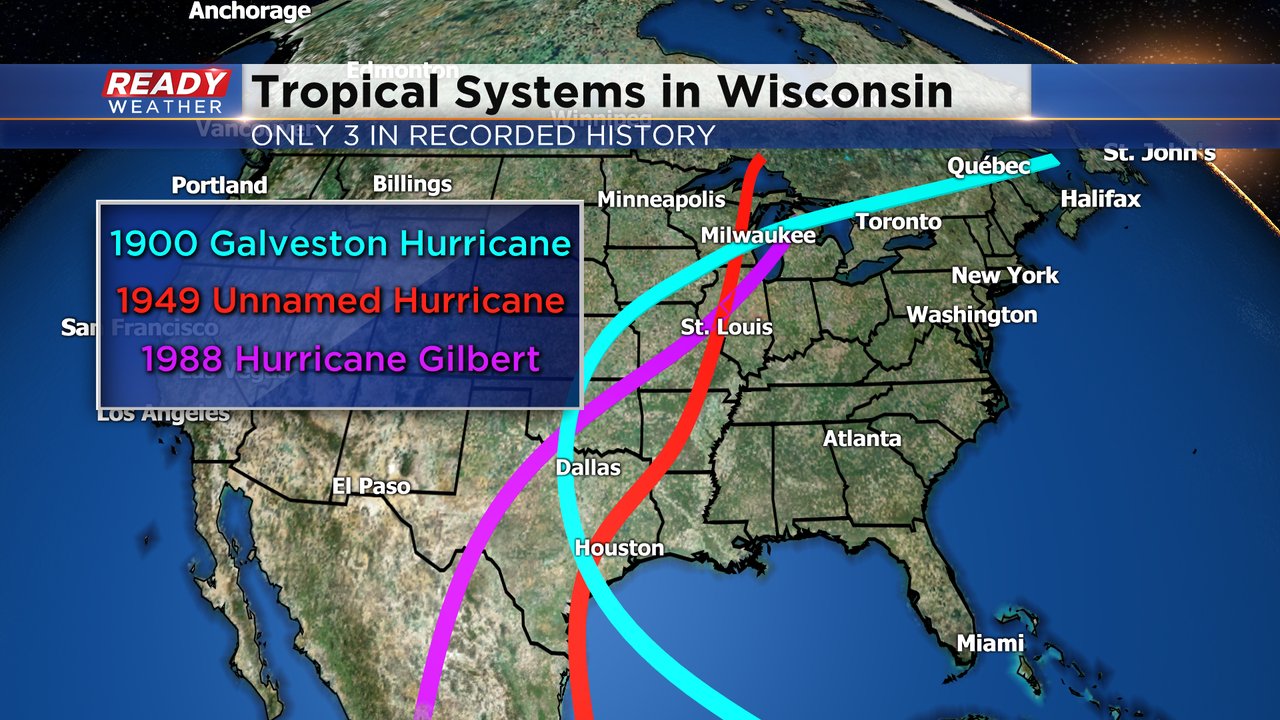 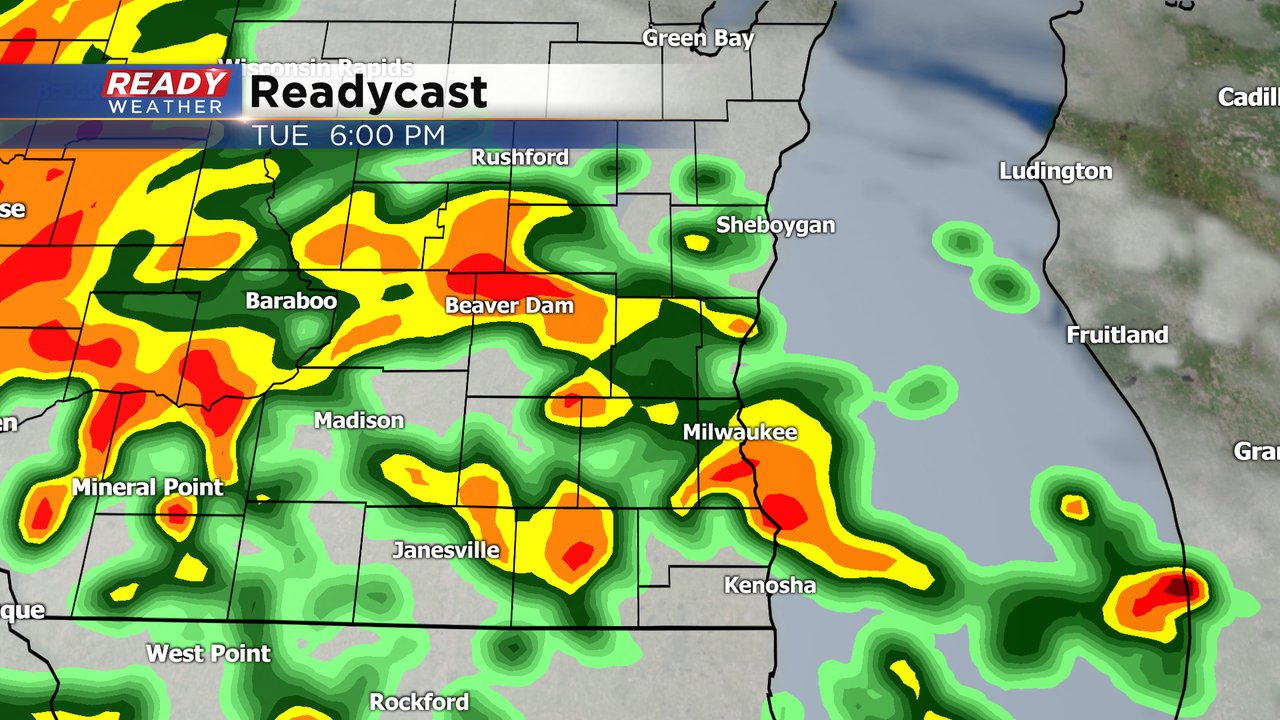 We likely see a mostly dry period from around midnight through most of Wednesday morning before another round of rain rolls in Wednesday afternoon and evening. 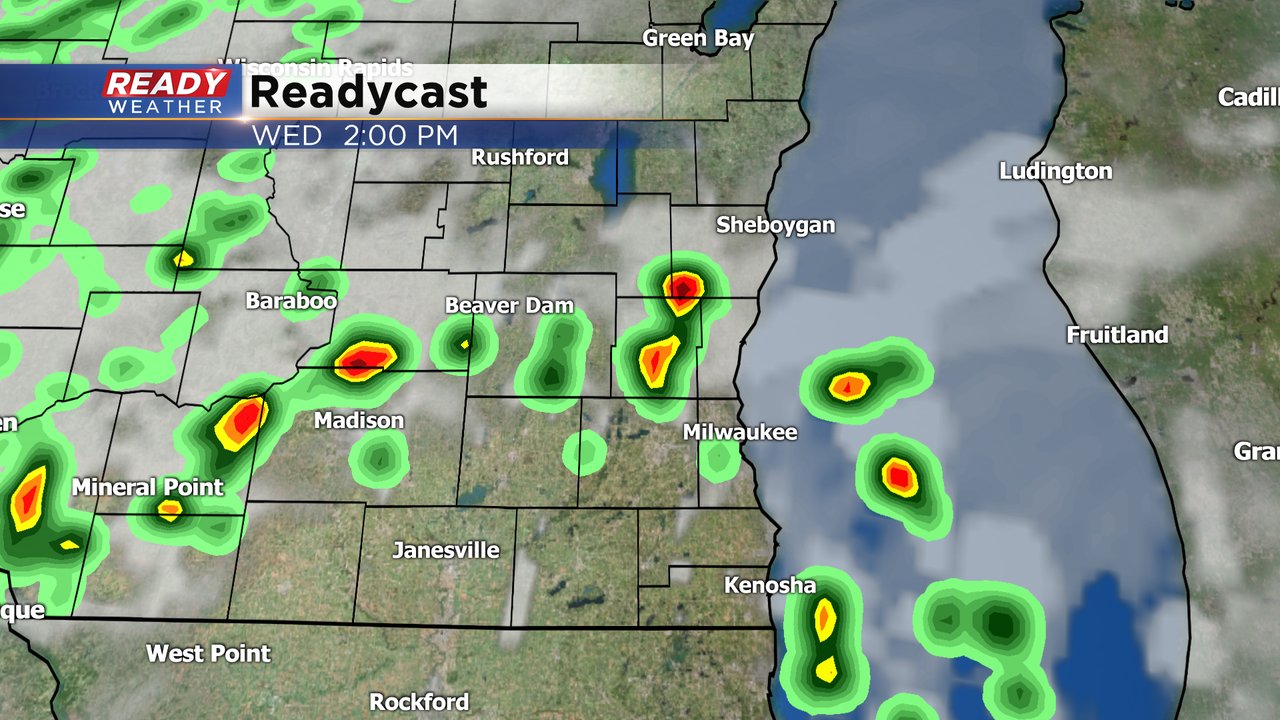 When it comes to tropical systems the western half of the storm typically sees the most rain. Since southeast Wisconsin will be on the eastern side we won't get as much rain as central and western Wisconsin where isolated spots could see up to 5", but still expect a good soaking with up to 1.50" possible. 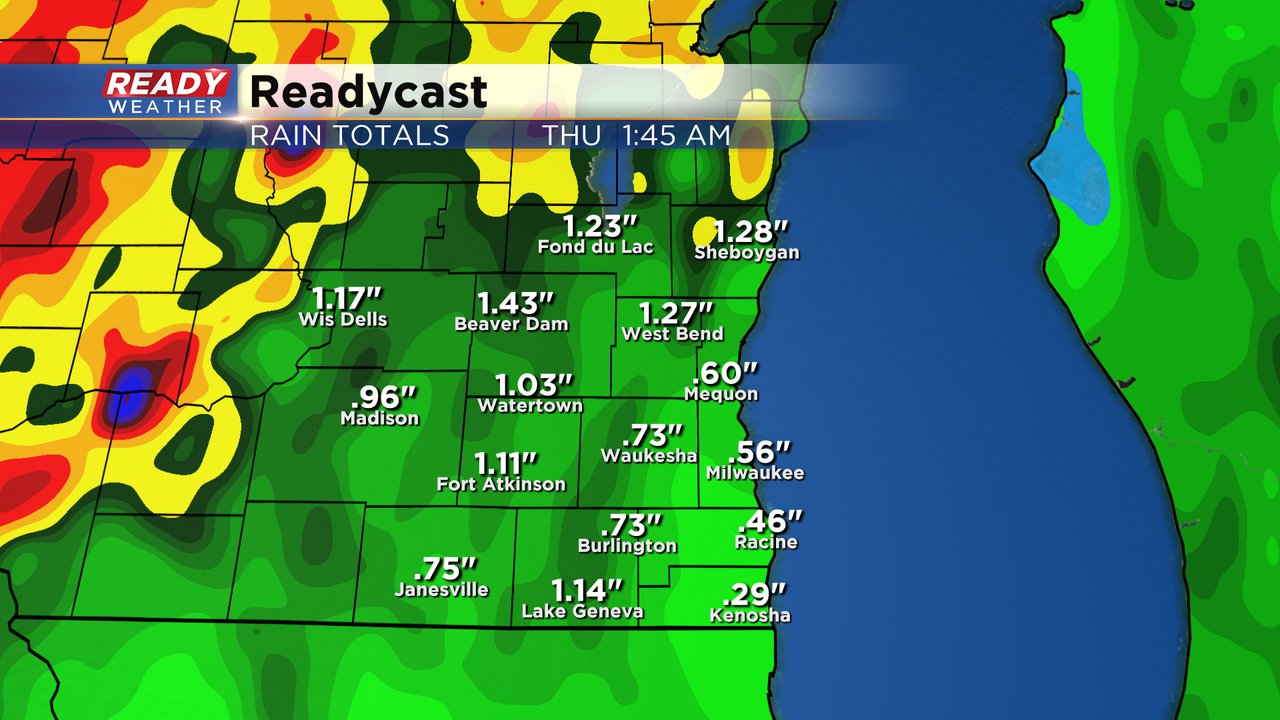 The wind will also be strong with peak wind gusts happening Tuesday evening through Wednesday morning when wind could gust over 40 mph at times. Make sure to bring in any light objects that may easily fly away. 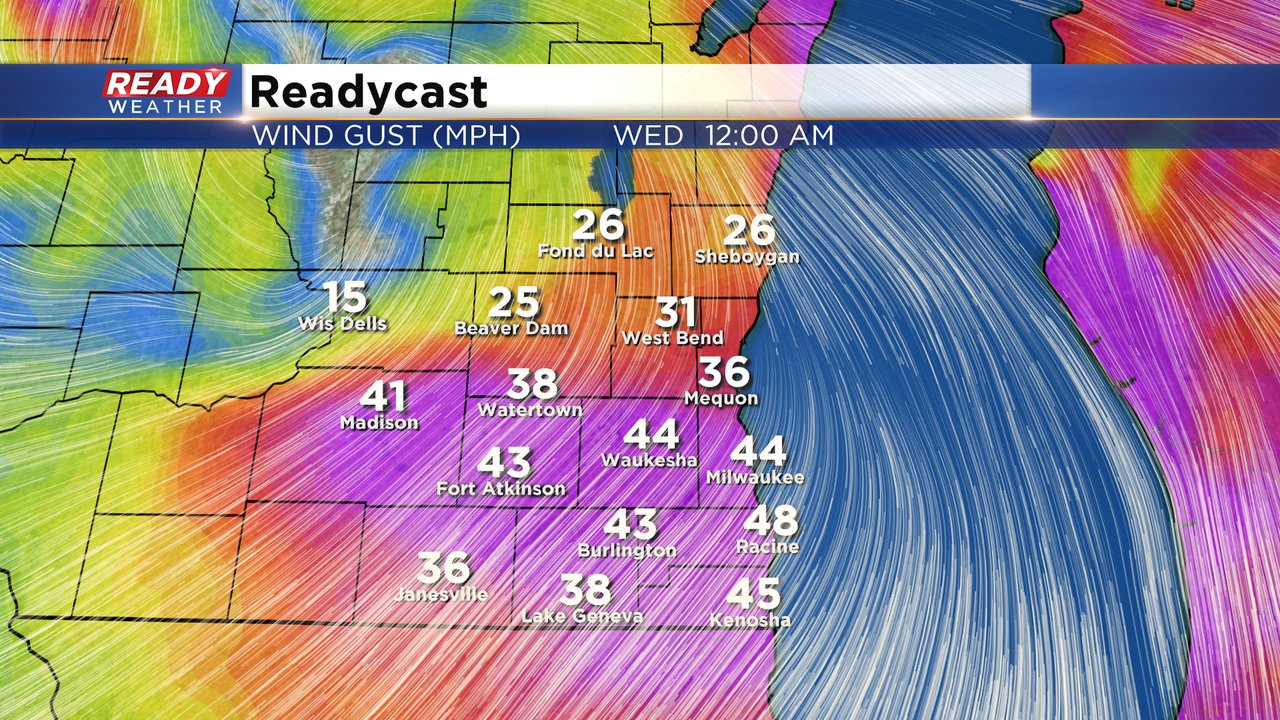 The rain and wind will be the main threats but some isolated severe storms are also possible. Southeast Wisconsin may be on the less wet side of the storm but the eastern side is also where some brief and weak tornadic spin ups are possible so weak tornadoes are also a threat. 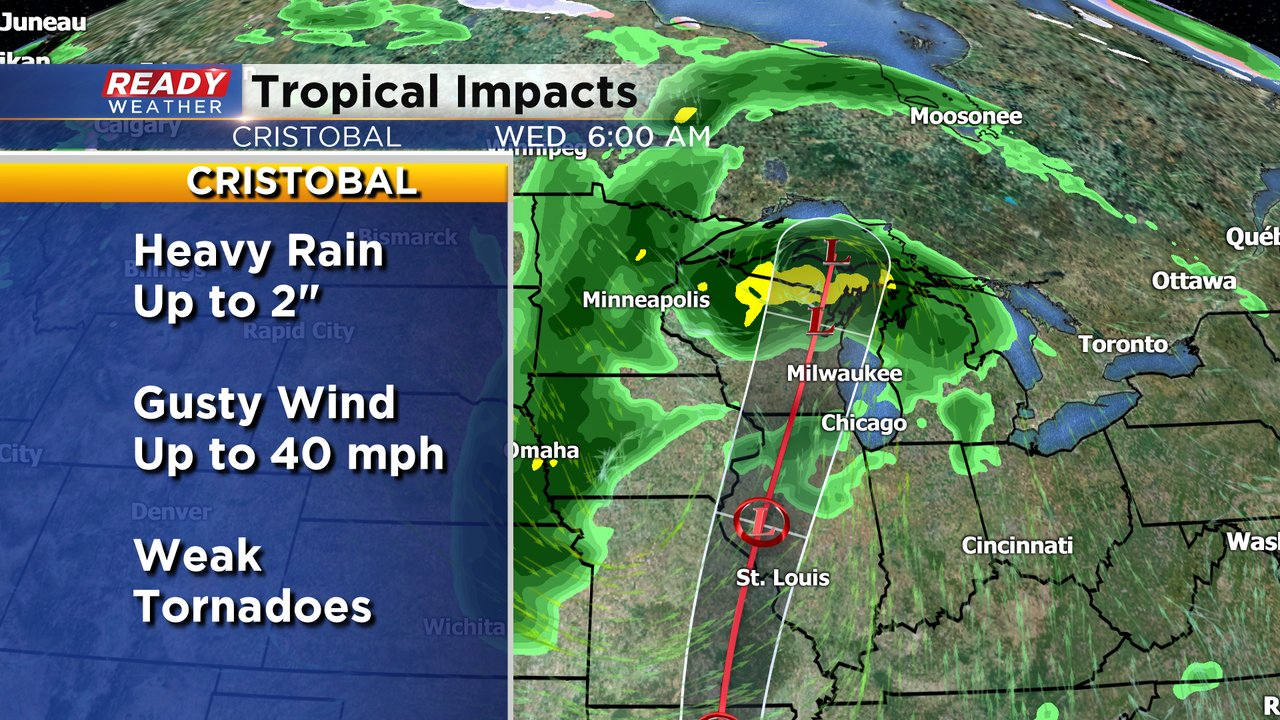 The last bit of the rain will wrap up early Thursday morning and the rest of the week looks dry. Download the CBS 58 Ready Weather app top track the remnants of Cristobal and toggle on and off the Hurricane layer.

Contributions to this story also made by: Drew Burgoyne
Share this article: