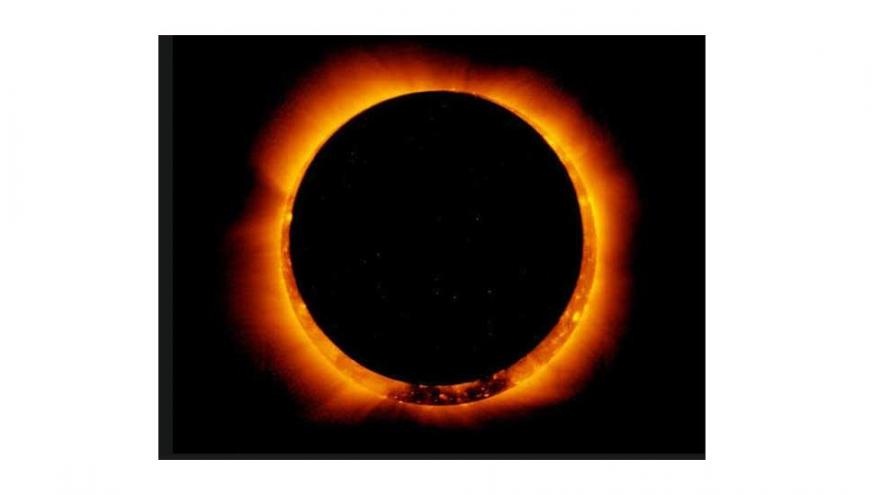 (CBS NEWS) The sky will be illuminated in a “ring of fire” Sunday as the Earth welcomes its first solar eclipse of 2017.

An annular eclipse — which occurs when the moon casts its shadow on the Earth’s surface, will mainly be visible above parts of the Southern Hemisphere, including Chile, Argentina and Angola, according to NASA.

“An annular eclipse is the product of almost the same celestial geometry as a total solar eclipse – that is, from the perspective of some place on Earth, the moon crosses in front of the sun’s center,” NASA explained in a blog.

During any type of solar eclipse, the sun, moon, and Earth line up. But an annual eclipse is different. The moon is too far from Earth to obscure the sun completely, leaving the sun’s edges exposed, thus creating that “ring of fire” effect.

Sky lovers who live in the Southern Hemisphere or near the equator can find an interactive map from NASA to search for partial eclipse times. If you live in North America, don’t worry, you’ll have a chance to catch another rare eclipse later this year.

On Aug. 21, less than six months from now, a total solar eclipse will cross the U.S. for the first time in nearly 40 years.

“The path of totality for the August eclipse runs from coast to coast,” NASA says.

During the total solar eclipse, the moon will completely cover the sun.

Either way, if you plan to watch any solar eclipse, NASA officials warn viewers to use protective eyeware.

“Any time part, or all, of the sun’s surface is exposed – whether during an annular eclipse, a partial eclipse, or just a regular day – it’s essential to use a proper solar filter or an indirect viewing method to view the sun,” NASA warns. “You can never look directly at the sun, and an annular eclipse is no exception!”