Rain was a weather story in May, will it be in June? 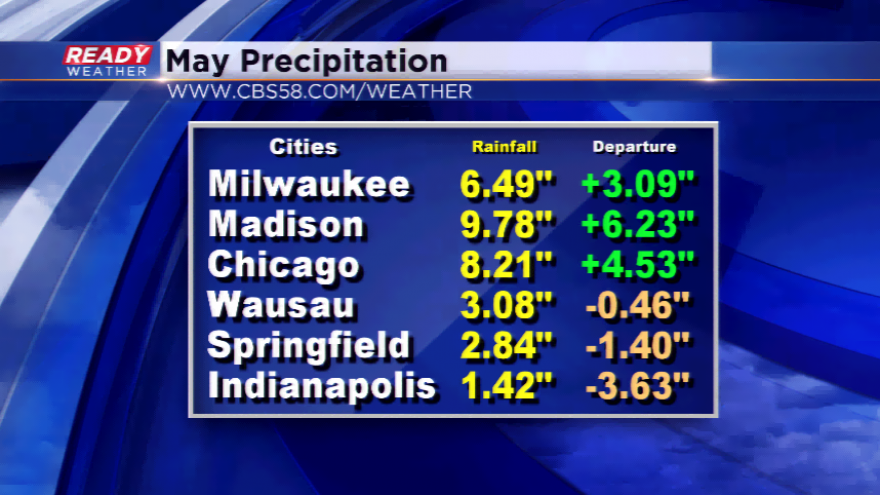 It was a very rainy month of May in a chunk of Wisconsin, especially southern Wisconsin. Milwaukee and Madison both had over 5” of rainfall, and Madison almost hit 10”. 17 out of 31 days featured rainfall in Milwaukee even with only 0.21” of falling the last 10 days of the month. Other areas of the state were not so lucky; Wausau only had just over 3” of rainfall, almost 0.50” below normal. The dry conditions were even worse in parts of Iowa, Illinois, and Indiana. Springfield, IL received less than 3” and Indianapolis had one of its driest months of May in history with under an inch and a half of rainfall. 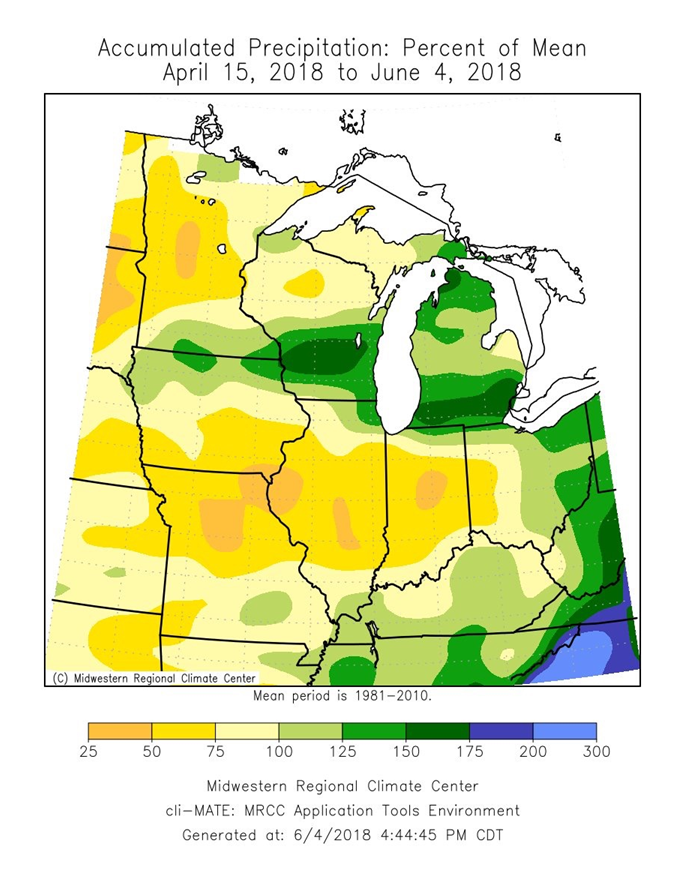 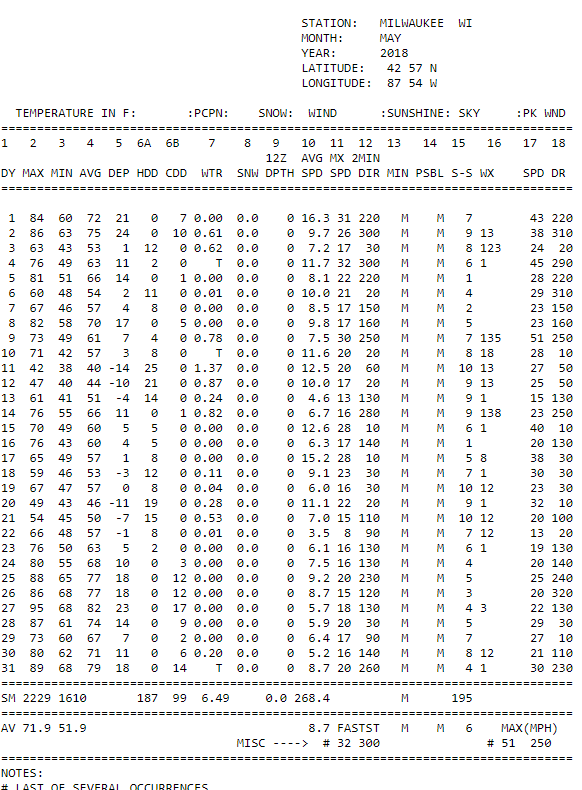 Will June look like May? The Climate Prediction Center has the eastern half of Wisconsin under a “below average” chance to see below normal rain totals for the month of June. The above average rainfall could fall over the southeast, Dakotas, and parts of the desert southwest. So far in southeastern Wisconsin, the rainfall has been a touch below normal; with the recent rainfall last night and this morning, we are closer to normal. 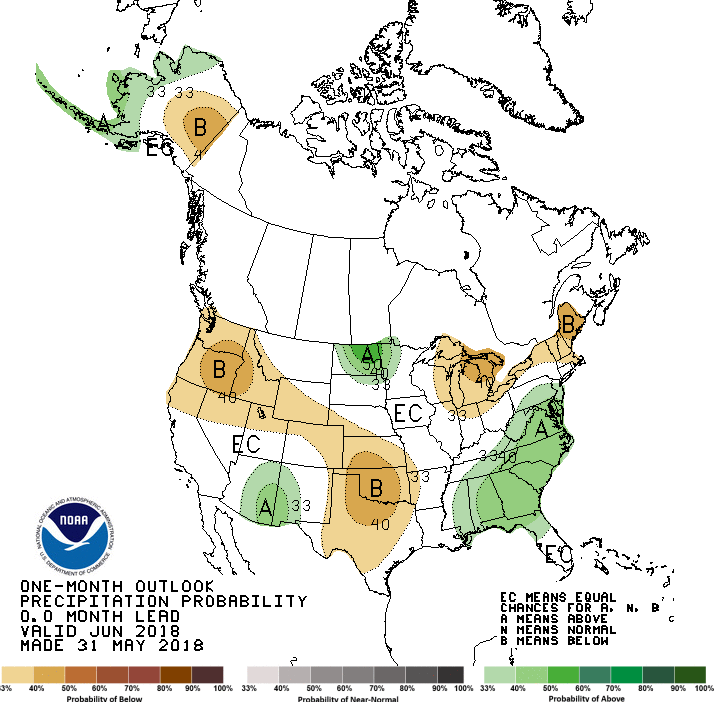