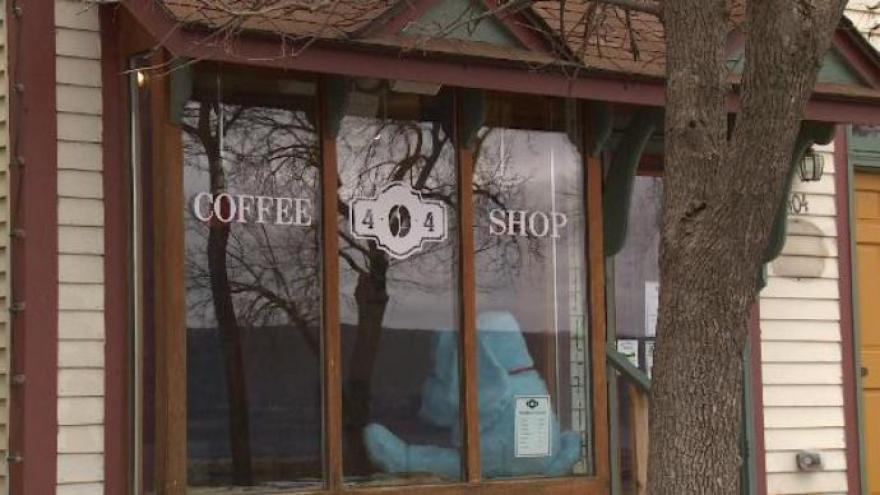 PEPIN, Wis. (WSAW/WEAU) -- A racist sign placed in the doorway of a Wisconsin coffee shop has prompted community action.

In the Village of Pepin, Wisconsin, community members created a "welcoming community" resolution to take a stand against what they say is racial harassment.

“I went through a whole variety of emotions: shock, sadness and some anger,” said Alejandro De La Peña, the owner of 404 Coffee Shop in Pepin.

On February 17, De La Peña said a racist sign with the handwritten words,” GO BACK MEXICAN,” was left on the stoop of his coffee shop.

He added, “One thing I didn't want to do was keep this quiet. I wanted it to get out.”

Last weekend, several members of clergy and law enforcement, along with Pepin community members, unanimously approved the wording of the resolution.

One of the authors, Andrea Myklebust, said the resolution is intended to be a symbolic stance.

Myklebust says about 75 community members got together at the Pepin Village Hall to approve the wording and support the resolution which looks to foster an atmosphere of tolerance and acceptance.

“It basically expresses the idea that everyone is welcome here in Pepin,” added Myklebust.” That we recognize the value of having people from lots of different places, people with lots of different points of views, different ethnicities, different religious backgrounds and that it's all part of what makes our community strong and whole. “

Community members will now present the resolution to the boards of Pepin County villages, towns and cities for formal approval, but De La Peña says just the show of community support has already made a difference.

“To combat this sort of behavior, I think we need education and awareness and for communities to come together and support the people who are being harassed and that's happened here,” he said.

Read the original version of this article at weau.com.