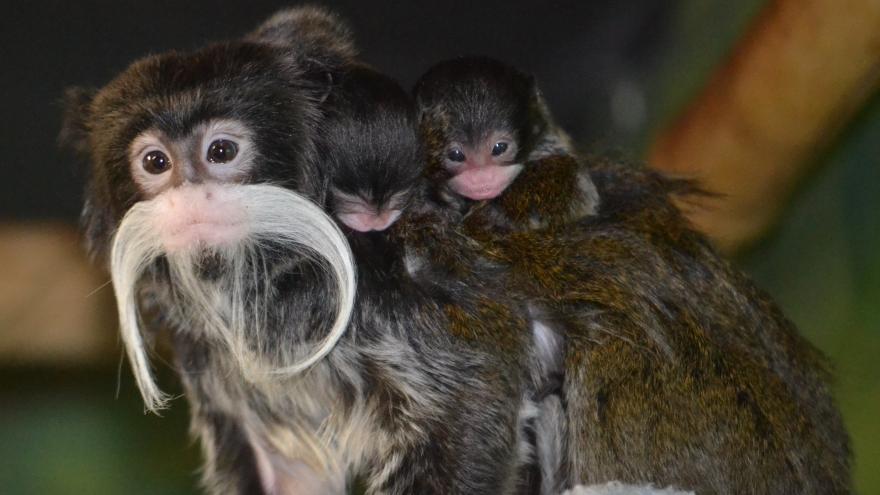 The new babies were welcomed by mother Amelie and father Pitino, according to a press release, along with their older brothers Vinny and Valentino, who the zoo says are already taking turns helping to hold and care for the new infants.

The gender of the twins has not yet been confirmed, and will be revealed via the zoo's social media pages.

You can find both of the newborns on exhibit with their family in the Vanishing Kingdom building.