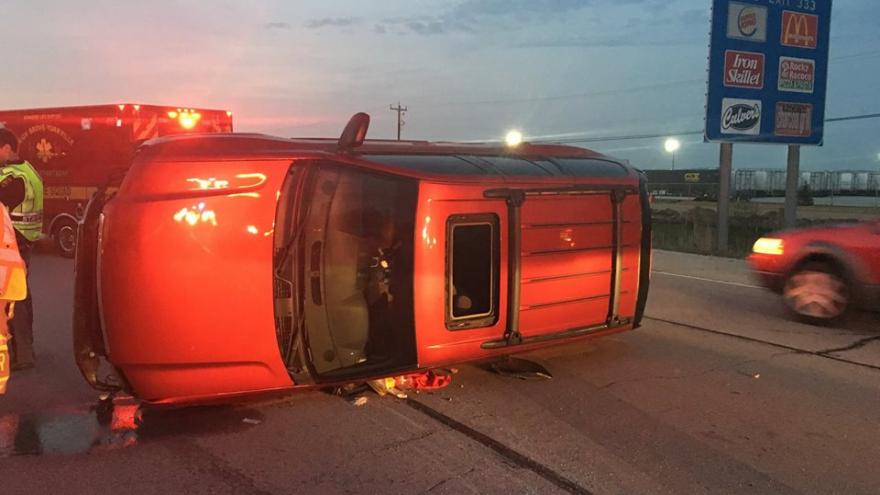 RACINE COUNTY, Wis. (CBS 58) -- The Racine County Sheriff's Office was dispatched to a single vehicle rollover accident on I-94.

Witnesses told the Sheriff's Office that the vehicle was traveling northbound and attempting to change lanes.

The operator, a 28-year-old female, noticed another vehicle in the lane she was attempting to change into, overcorrected, lost control, and tipped the vehicle on its driver's side.

The female operator and her 30-year-old male occupant both sustained minor injuries. Both were treated on scene.

"The accident occurred in a construction zone, thankfully no construction workers were working in the area at the time. Wisconsin State Patrol assisted with traffic control on this accident," Racine County Sheriff Christopher Schmaling said in a release.