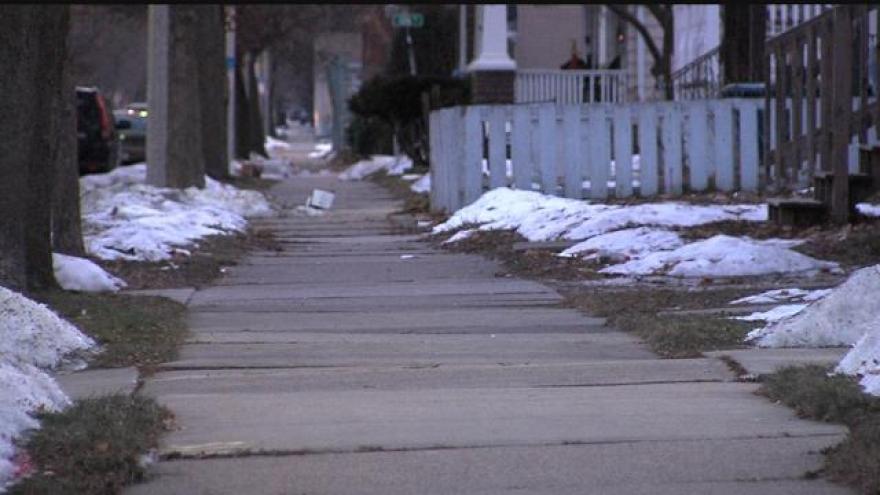 CBS 58—Racine authorities removed two children from a home in the 900 block of Grand Avenue, after one of them, a toddler, was found wandering alone outside.

“I would've let him keep walking, I would've regretted it for the rest of my life,” Cameron said.

At first the Walden High School senior didn't know what to do about the toddler wearing only a diaper, jacket and boots. She looked around but didn’t see his parents.

“Going to Walden they always taught us to be humane and be helpful cause we do a lot community service with the community,” Cameron said.

So Cameron picked up the little boy. She says he wasn't crying, but with the below freezing temperatures and wind, he was cold and his hands were very red.

“He looked a little shocked like I don't know any of these people,” Cameron said.

She started to walk to the police station when another woman on the block saw them and gave them a ride.

“I held the boy till we got to the back [of the police station] and I even asked to stay while his vitals  were getting taken,” Cameron said.

Police found the boy's mother a couple hours later, but say the toddler and another child were removed from the home.

“I don't know what the situation was at home, so I'm just glad that they're at least safe,” Cameron said.

Cameron says the lesson here: be a good neighbor, if you see someone in need- stop and help.

Something she learned from a young age.

“I did what my mom would've did,” Cameron said. “You know, she rubbed off that motherly instinct.”

Racine police turned their report over to the Racine County District Attorney’s office to determine what, if any, charges should be filed.