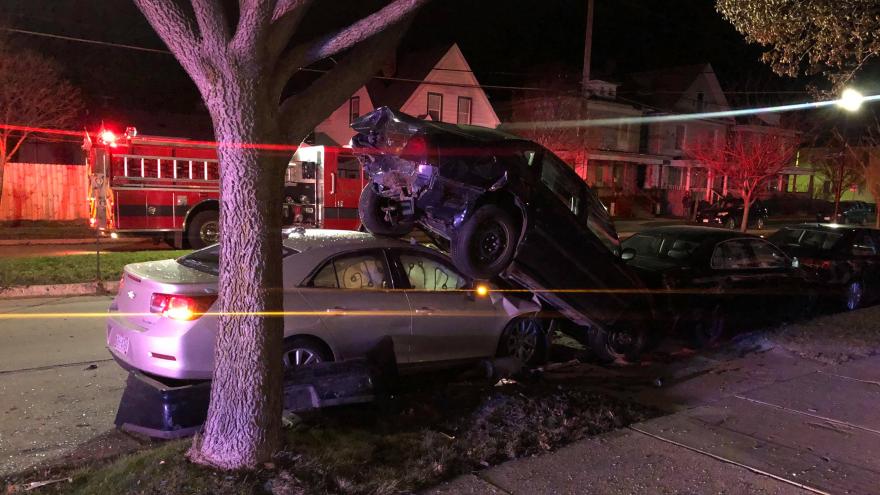 Viewer pictures show a totaled car on top of another vehicle alongside several other parked cars.

There are no word on injuries at this time.

We expect more information to be released by Police later today.