Racine Mayor Responds to Fights at North Beach: We Will Arrest You 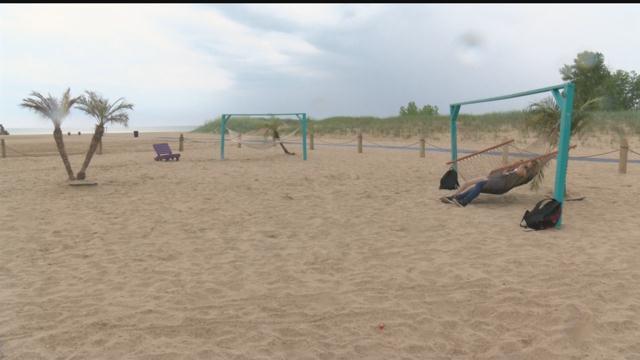 Racine police said they were called out to the North Beach Oasis every single day this weekend because of fights that broke out on the beach. It's behavior Racine's mayor says will not be tolerated.

A swing on the hammock, taking in the lake views.

A friendly game of volleyball.

That's what people expect when they come to  North Beach.

"We're really proud of it. We clean it and grate it everyday and in the summer time it looks like Cape Cod," said Mayor John Dickert.

But as this video from Facebook shows-that's not what it looked like this past weekend as multiple fights were reported; some  involving nearly 50 teens.
Racine police tell us at least four of those teens were taken into custody.

"It looked like it was about to get pretty bad. I had to get away," said Dillian McCall.

McCall  was celebrating his birthday on the beach and had to move his party.

"It's actually really annoying. Its more annoying that I left Chicago to get away from stuff like that," he said.

A day later the beach is pretty empty but the mayor says more than 200,000 people visit the beach each year. And he's not letting one viral video stop them from coming here.

"I'ts a few kids that wreak havoc and think that they're outside of the law. Well, you know what you're not welcome there anymore and its not acceptable," he said.

Dickert says a camera is being installed at the Oasis and Racine Police tell us they now have patrol officers specifically assigned to the beach.

"We will not only have additional patrols, we'll have a daily police officer down there but then our police command structure will be down there as well," said Dickert.

He says the message couldn't be any more clear.

"If you're going to come down to our beach and cause trouble, we're going  to arrest you," Dickert said.

Racine Police tell us the extra officers assigned to the beach will primarily be on foot and bike. They say the fights are all being committed by unsupervised juveniles.