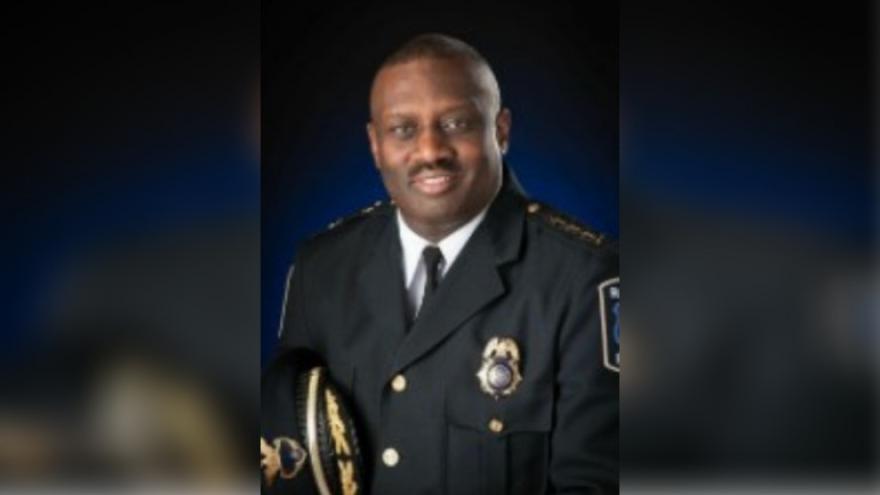 Officials say this is a way to thank Howell for his service, honor his commitment to the community, and to wish him well in retirement.

Mason said Howell has been a transformational leader for the city.

"We are a safer and more interconnected community because of Chief Howell’s leadership of the Racine Police Department," Mason said. "The chief has always taken a progressive approach to policing. He focuses on prevention, innovation, community engagement, and partnership building, and because of that he and his department have built trust and support in the community. It is an honor to have been Mayor while he was chief and I am proud to proclaim today, March 31, 2021, as Police Chief Art Howell Day in the city of Racine. On behalf of the city, I thank Chief Howell for his service. He will be missed, but we wish him the best in retirement."

Howell announced last year he would be retiring at the end of 2020. In December, Howell said he would stay on until a new police chief was hired on March 31. 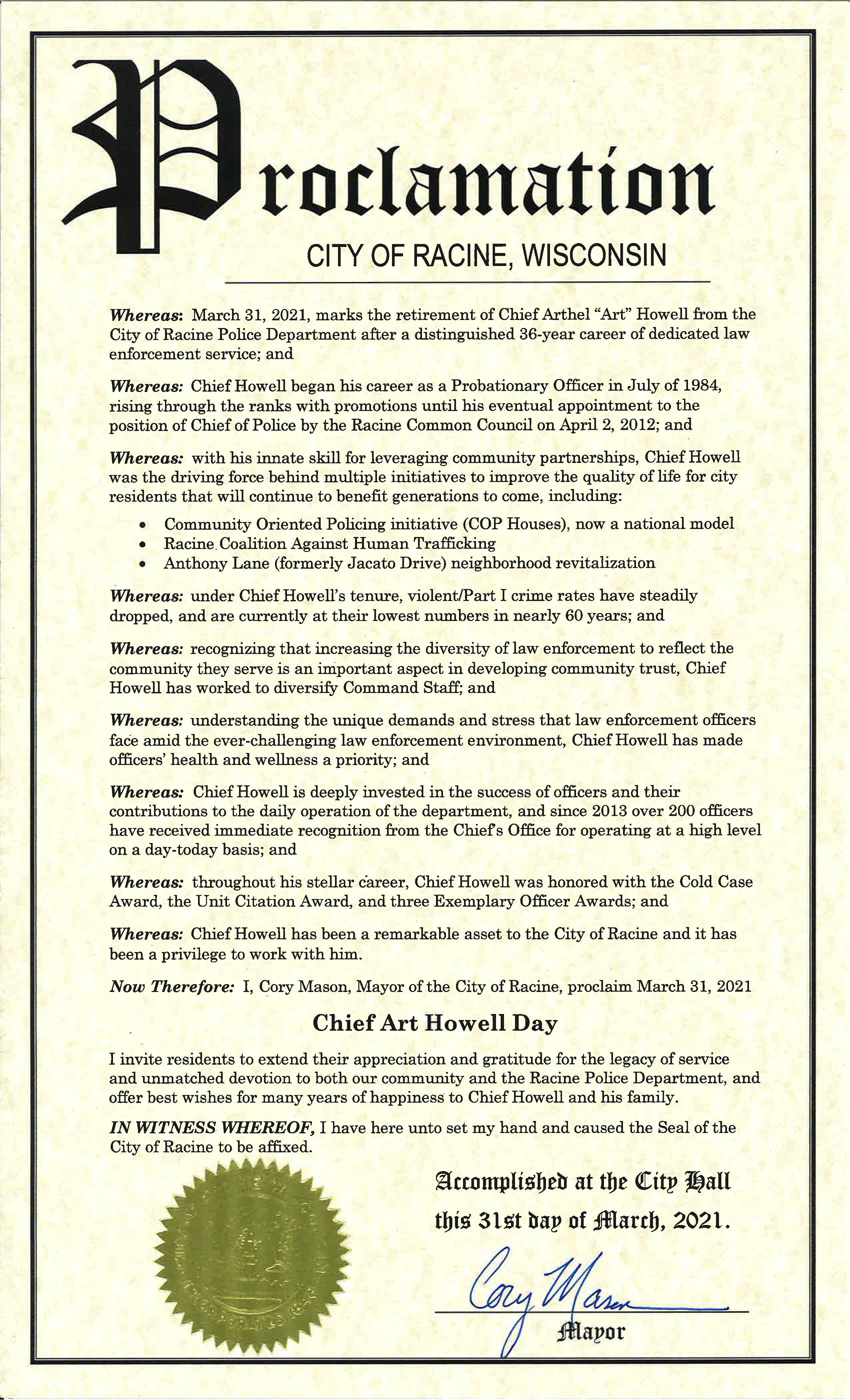