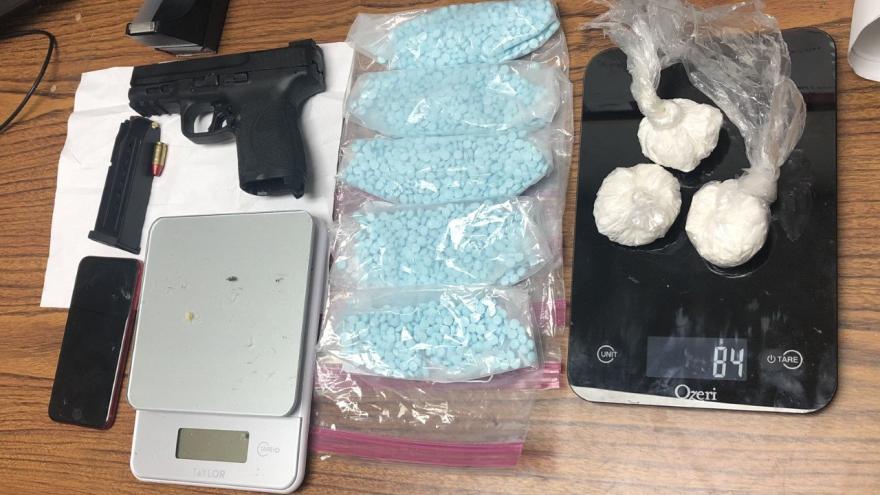 FOND DU LAC COUNTY, Wis. (CBS 58) -- A Racine man is facing charges after allegedly leading deputies on a pursuit and throwing approximately $80,000 worth of illegal drugs from his car window.

During the pursuit, deputies noticed a white bag thrown from the vehicle. The bag was recovered and was found to contain five Ziploc bags of counterfeit oxycodone pills laced with fentanyl and three bags of cocaine.

The vehicle eventually lost control in Dodge County and crashed near Quad Graphics, stopping on the railroad tracks west of Highway 41. Officials say the driver then fled the scene on foot.

Deputies and K-9 Iro located the man, a 28-year-old from Racine, hiding in tall grass close to the area.

Deputies located a loaded handgun and digital scale inside the suspect vehicle.

Authorities say the suspected fentanyl pills had a total weight of 297 grams and are estimated to be around 2,500 individual pills. The suspected cocaine weighed 84 grams.