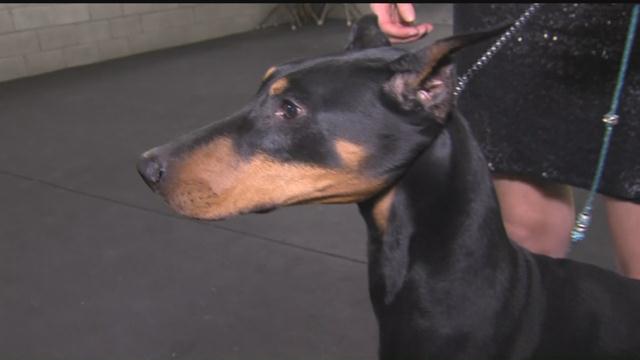 A family from Racine is about to embark on an exciting, two day trip to New York. Their dogs are going to be competing in what, some say, is right up there with big human events.

For women, it's a beauty pageant, for a football player, it's the super bowl, and for dogs, it's the Westminster Kennel Club Dog Show. Getting ready for the dog show takes a lot of training and a lot of hard work. Erin LaPlante has been training her Doberman Pinscher, Shamrock, since she was a puppy. Three years later, LaPlante is hoping the fruits of her labor pay off for a win. This is the second year in a row they've competed.

"It's my dream since I was little. So, actually pursuing it was incredible," Erin said.

Shamrock didn't make it past the preliminaries last year, but that's why was at the Greater Racine Kennel Club Wednesday evening. Shamrock made a few runs in the pen with Erin, with the hope of making it to the finals this year.

"Oh my goodness, I can't even tell you, I would start bawling," she said.

Erin's 11-year-old sister Maren is equally as excited. She is taking her six-year-old Chinese Crested Hairy Hairless, Neo, to the competition. He made it the Westminster preliminaries two years ago, and Maren is representing him next week. Maren says Neo will be judged by his breed, structure and how pretty he is.

"I think he's really pretty, he's my dog and I love him," Maren said.

It'll take them two days to travel from Racine to New York, and they plan to leave next Wednesday.