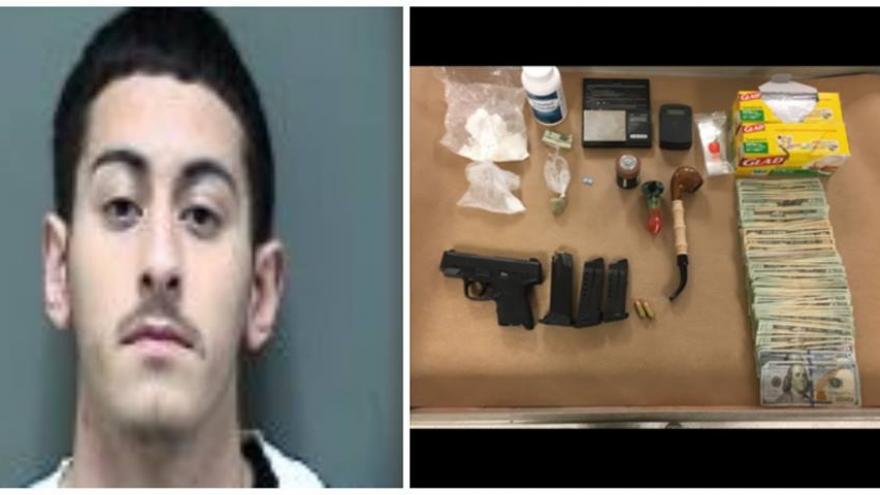 RACINE COUNTY, Wis. (CBS 58) – A 22-year-old known gang member is arrested Thursday after a drug bust according to the Racine County Sheriff’s Office.

The Sheriff’s Office says they learned that a suspect at a residence in the area of N. Memorial and Hamilton Street in Racine was believed to be selling cocaine. The Sheriff's Office says the suspect was a known gang member.

After getting a search warrant, agents with the Racine County Metro Drug Unit, the Racine County Sheriff’s Office SWAT, and a K-9 officer searched the home around 6:00 a.m. on May 17. Authorities say they found cocaine, marijuana, digital scales, drug paraphernalia, a handgun, ammunition, cell phones, and almost $2,400 in cash.

The suspect, 22-year-old Jose Vazquez was arrested on suspicion of multiple drug charges and was taken to the Racine County Jail.