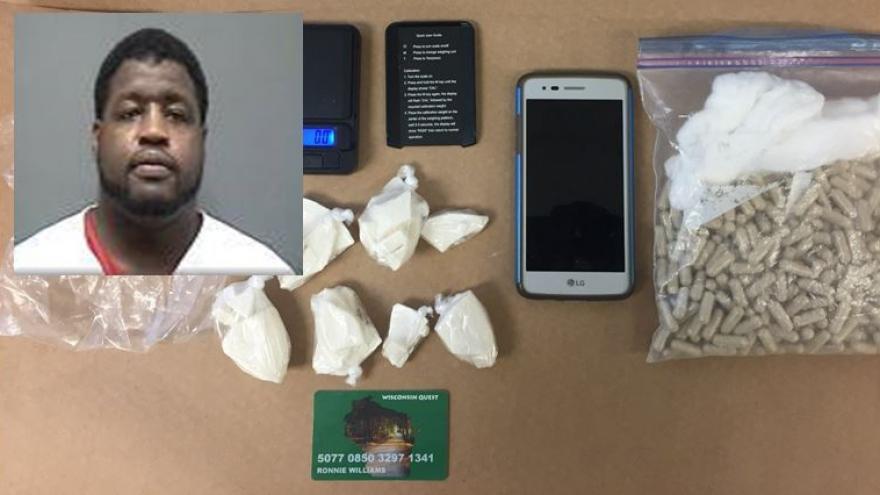 According to the Racine County Sheriff's Office, authorities learned that 37-year-old Ronnie Williams was involved in selling heroin and cocaine. Around 5:30 am. on Thursday, May 31, authorities searched a home in the area of Roosevelt Avenue and Byrd Avenue in Racine after getting a search warrant.

The Sheriff's Office says they found nearly five ounces of crack cocaine, a digital scale, a cell phone, and a QUEST card.