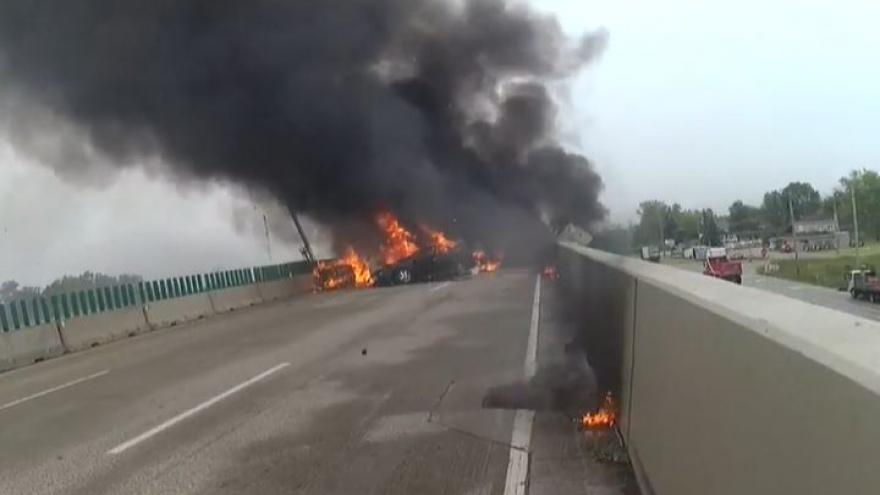 RACINE COUNTY, Wis. (CBS 58) -- A Racine County man is one of 15 Americans just named winners of an award for heroism.

Justice Michael McBain is an RV technician in Sturtevant.

He will receive a Carnegie Medal because of what he did after a fiery freeway crash on June 19 of last year.

You may remember the terrifying video of two semi trucks involved in a multi-vehicle crash on I-94 in the Town of Yorkville.

Both semi drivers were killed.

But Justice McBain stopped at the scene and saw a burning car with a man trapped inside.

The driver survived with broken bones -- but despite the fire, and because of McBain's quick actions, he was not burned.