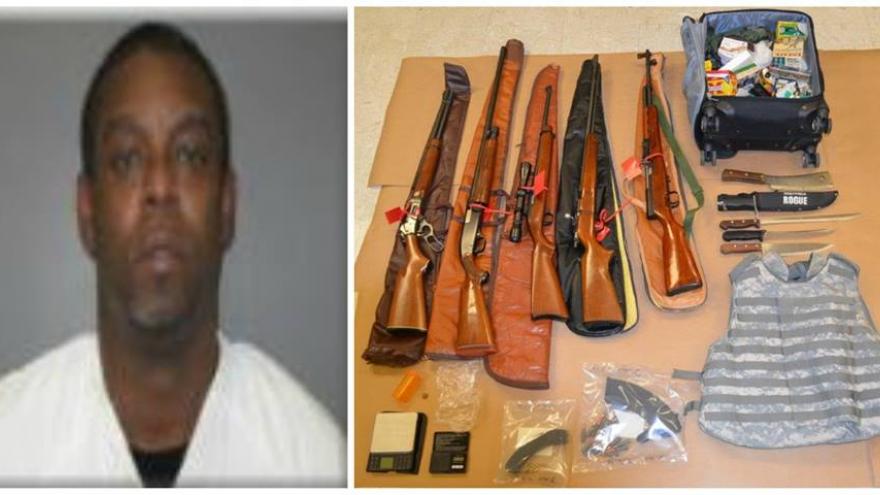 RACINE COUNTY, Wis. (CBS 58) – A 49-year-old man is arrested after investigators say agents with the Racine County Metro Drug Unit received guns from a convicted felon during a controlled delivery.

According to the Racine County Sheriff’s Office, the agents received four rifles, including an SKS assault-type rifle, a shotgun, and body armor from a suspect identified as Reginald Brown of Racine County.

After getting a warrant, agents with the Racine County Metro Drug Unit and Racine County SWAT team searched a residence in the area of Marquette Street and Albert Street in Racine. Authorities say Brown was found in the home along with heroin, marijuana, three digital scales, packaging materials, $840 in cash, and several hundred rounds of ammunition.

Brown was taken to the Racine County Jail on gun and drug charges.