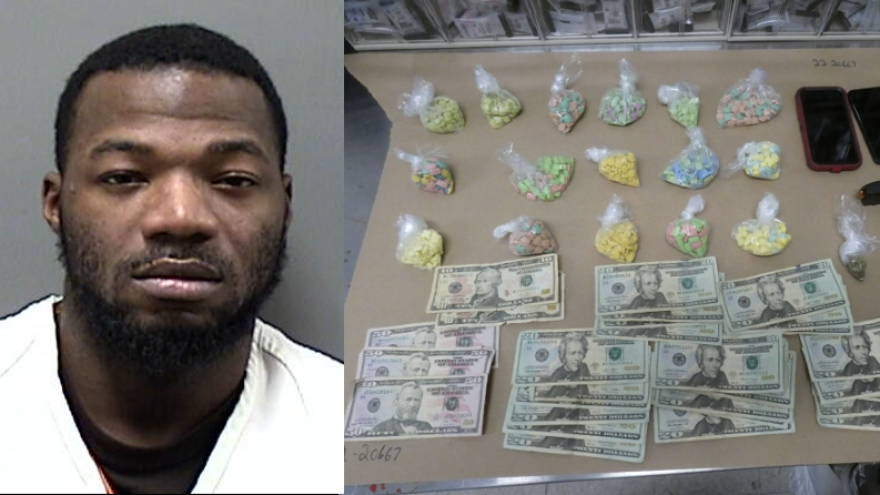 According to the Racine County Sheriff's Office, on April 13, agents from the Racine County Metro Drug Unit arrested 26-year-old Donzel Riggins in reference to a drug investigation involved controlled purchases of heroin/fentanyl over the past three months.

A search warrant of the vehicle Riggins was obtained, and .6 grams of fentanyl along with a magazine for a handgun and ammunition were found.

Officials say information had developed Riggins was keeping illegal narcotics at a residence near 11th and Washington in Racine. A search of the residence located 1,447 tablets (623.2 grams) of MDMA (Ecstasy), drug phone, and US currency. The approximate street value for the MDMA is $16,000.

Riggins was transported to the Racine County Jail on a probation hold with the following charges being recommended to the District Attorney’s Office: