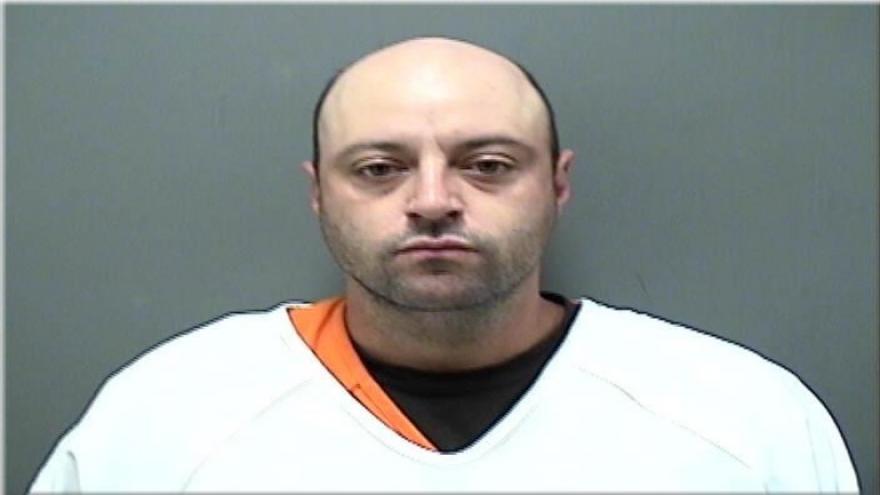 According to the Racine County Sheriff's Office, a deputy monitoring traffic on I-41 northbound saw a vehicle going nearly 100 mph in a 70 mph zone. The operator of the vehicle accelerated to 103 mph before stopping for the deputy.

Officials say the drive was Max Hagen, a 35-year-old Eau Claire man. The deputy detected the driver was intoxicated.

Inside the vehicle were a 1-year-old, a 3-year-old, and the 33-year-old mother of both children, as well as a 17-year-old. Officials say the 3-year-old was not properly secured in a child seat. Hagen is the father of the 1-year-old.

Officials say Hagen refused standard field sobriety testing and was arrested for operating while impaired (OWI). Hagen later admitted he is a functioning alcoholic, police say. He said he consumed two bottles of vodka that morning and that he drinks anywhere from five to eight bottles of vodka daily and will begin to withdraw if he does not have alcohol within nine hours, according to officials.

According to the Racine County Sheriff's Office, an investigation found that Hagen had a suspended Wisconsin driver's license and two prior OWI arrests. Hagen is on active probation for a felony possession of methamphetamine case and is also out on bond for a case from Rusk County that involved the 33-year-old passenger. Conditions of his bond for that case include absolute sobriety and no contact with her or the children, officials say.

Officials say Hagen was transported to the Racine County Jail and was held on the following criminal charges:

The deputy also referred two counts of child neglect on the mother of the children to the District Attorney's office, according to officials.

The Racine County Sheriff's Office said this is the sixth operating while impaired arrest made since Friday, the start of the holiday weekend, one of which was a factor that resulted in a minor injury accident.