Questions remain after woman attacked on Milwaukee's north side 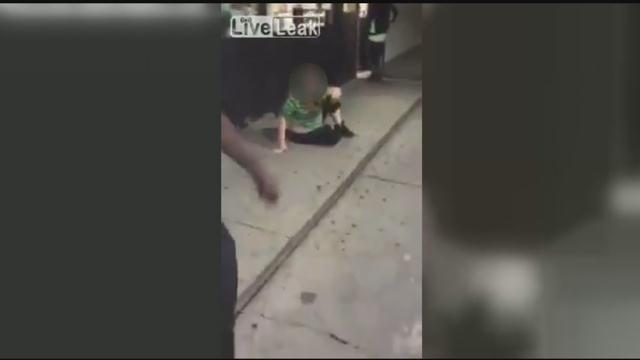 Some very graphic video of a woman being attacked at a gas station in Milwaukee has gone viral, popping up on social media accounts across the country.
But its been nearly two weeks since it happened and  there's not a lot of traction here locally.

This video has community members asking a lot of questions; mainly what happened and where was all the help when this woman needed it?
So far, all of them have gone unanswered. We want to warn you-this video may disturb some of our viewers.

Within seconds of walking out of the doors of the \"Quik Mart\"on Locust and Teutonia, this unidentified woman is attacked as a passerby stands by to record and others continue to walk in and out of the store without stopping.

\"I mean where was everybody at? That's what you can question. Were they all watching or did nobody know? Did they hear her screaming out for help?\" asked Angel Oconnell, who lives nearby.

The fact that it wasn't stopped or reported to police is especially disturbing to people like  oconnell and  Andrea Caron, who live nearby.

\"It is a guy hitting a woman. Are you kidding me? When is that ever right?\" asked Caron.

The stores owner tells me he hadn't seen video of the attack before we showed him and says his manager told him no one called police that night.

\"Because she's probably scared. Like I said I live right down the street from here and the  closest thing I do is I go off my porch to walk my dog. I mean its a hateful world,\" said Caron.

By simply watching the 31 second video, its hard to determine what provoked the attack.

\"It had to be a racial thing. You've got people walking around with a grudge toward certain other groups or ethnicities of people,\" said Caron.

Some people we talked to, people who didn't want to go on camera, claim the woman made a racial slur.

Community members hope someone comes forward but they say this video shows the harsh reality of their day to day life and are sad that people would rather record the hardships than help out.