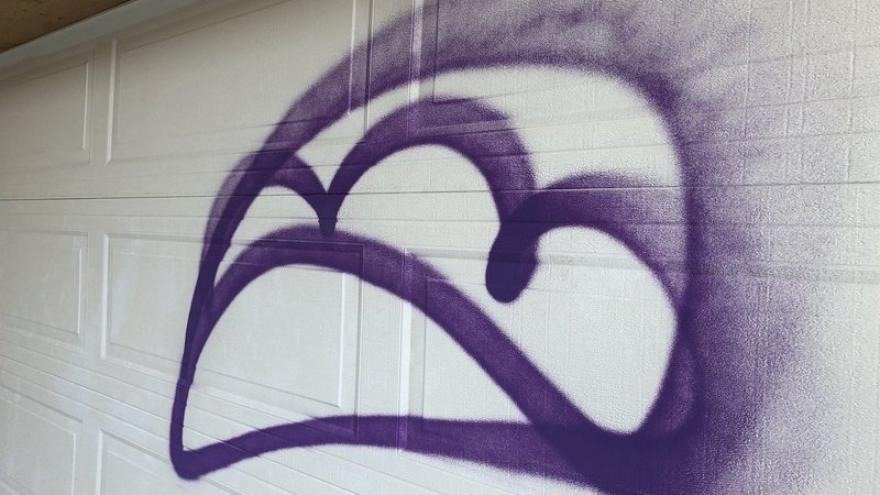 DALLAS (CBS11) – It is popping up all over East Dallas and no one seems to understand what the markings mean.

Someone is spray painting giant, purple tacos all over the area.

The mysterious symbol appeared on the store Gavino Perez owns along Gaston Avenue.

The taco tag has been spotted on garage doors, walls, ‘for lease’ signs and fence.

“You get sad because you know, it costs money to repair everything. Repaint and all that kind of stuff,” said Perez.

No one knows who is responsible.

Some are now wondering if there is a deeper meaning or message behind the carefully crafted image.

Dallas Police said it knew about it and the City of Dallas released a statement stating that it too is, “…aware of the vandalism that has occurred with the purple taco graffiti throughout the city.”

Perez said he only wishes he could meet the mysterious “taco tagger” to figure out what is behind the image.

The city is offering free cleaning to property owners who have been hit with the graffiti.

While it is a chargeable offense, DPD does not have much information on the incident.